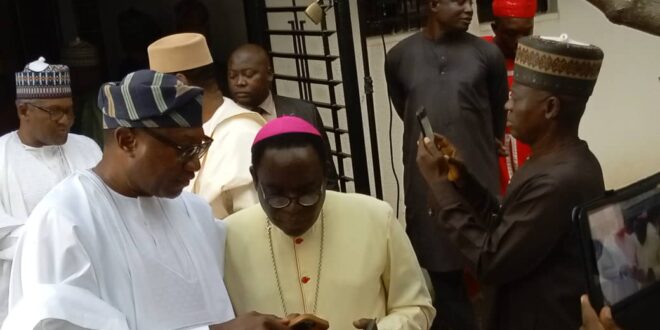 Nigeria former Head of State, General Abdulsalam Abubakar and the Convener of the National Peace Committee NPC, Most Rev Matthew Hassan Kukah. has called on all political participants in the forthcoming 2023 general elections in Nigeria to shun Incitements in whatever form during campaigns and other political activities.

The Peace Committee specifically told spokespersons and Media advisers to politiclans to avoid personal attacks, insults anything that can cause acrimony.

The group also reject the spread of fake news, and insist on issue based campaigns and political rallies at the 2023 general elections.

To this end the Committee in an address, after its meeting in Minna, Niger capital, Thursday, said it has organized the signing of two Peace Accords holding on Thursday, 29th September,2022.

The address was jointly signed by the Chairman, and former Head of State General Abdulsalami ABUBAKAR, and the convener, who doubles as Catholic Bishop of Sokoto,

The first Accord, according to the Committee,,will commit all political parties, Presidential candidates, and their spokespersons to peaceful political campaigns and rallies, devoid of violence, incitements and personal insults, but defined by issues at the very heart of national development and progress.

The Committee stated that the second peace Accord will come up shortly before the elections and it is intended to commit candidates to accepting the outcome of the votes as long as it is adjudged to be free, fair and credible.

The NPC, therefore, called on Nigerians, politicians, political parties, security agencies, the election management body, INDC, and all stakeholders to ensure that Nigeria is placed first above regional and sectional claims.

The NPC also reminded Nigerians that the 2023 elections are more than elections, The elections are the opportunity to serve the country, defend Nigeria and to uphold her unity and progress. 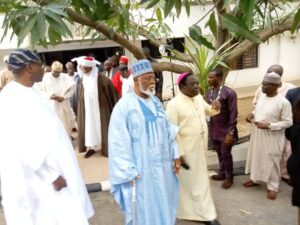 The Committee admonished the Nigerians to avoid spread of fake news, and uphold the principles of tolerance, respect, civility and decency in all public and private conversations and engagements about the election and progress of Nigeria.

The Committee felt concerned by the current pattern of public communication among political actors, their publicity agents spokespersons and media consultants that amplified the potential for personal attacks, insuts and incitements, relegating to the background, the civility and decency in public discourse and debate.

The Committee regretted the rise of fake news and misinformation the continue to pose a significant threat to the pattern of democracy in Nigeria, informing public perception, create the platform for incitements and endangers the country”s efforts at deepening the culture of democracy.