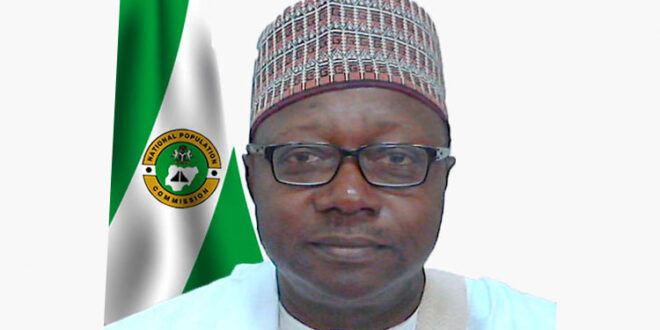 National Population Commission(NPC) Ebonyi state secretariat has said that it could not access the warring Effium and Ezza-Effium communities in the Ohaukwu local government of the state.

The Federal Commissioner in charge of NPC in Ebonyi, Hon. Darlington Okereke disclosed this during a press briefing at the commission’s office in Abakaliki.

Mr. Okereke noted that the state has about 9000 Enumeration Areas(EA) excluding the war ng zone Effium and Ezza-Effium in Ohaukwu local area which the commission could not have access to.

” We have about 9000 EAs except for Effiim and Ezza-Effium which we have not been able to enumerate, the day we wanted to go there one of the warring factions told us that they can not guarantee our safety”.

While the Federal Commissioner disclosed that the agency would be recruiting ad-hoc staff via e-recruitment, he stated that not less than 9000 Enumerators would be employed in Ebonyi state for the exercise.

The recruitment exercise he said would be done online through the commission’s portal.

He said, ” I wish to inform Ebonyians, that the Commission requests online recruitment process applications from the following categories of field officers that will be needed to execute the next Census:
Facilitators, Training Centre Administrators, Monitoring& Evaluations Officers, Data Quality Managers, Data Quality Assistants, Coordinators, Super and vision rs, and Enumerators.

“The number of functionaries to be recruited in each category will depend on the number of available vacancies which will be derived largely from the total number of Enumeration Areas (EA) in Ebonyi State.

“Furthermore; to enhance efficiency, fairness, and transparency in the recruitment and selection process, the Honourable Federal Commissioners of each State (HFCs), in addition to the existing team at the State level, constituted a Local Government Area Recruitment Team (LRRT) which comprises 3 persons;
The Comptrollers (Chairperson), One NPC staff who has NPC file number (as Desk officer/Secret and aria and t), and One Local Government Official.

“State Recruitment Review Team (SRRT, who are already profiled, are to train the Local Government Area Recruitment Team (LRRT) in conjunction with an officer that will be sent from the headquarters.
“The Local Government Recruitment Team will work conscientiously to ensure that prospective applicants in hard-to-reach areas, difficult terrains, and areas with no network coverage have the opportunity to apply to serve as census functionaries and are appropriately accommodated on the e-recruitment portals.

“The Commission also wishes to inform Ebonyians that the advertisement requesting applications from qualified candidates, earlier placed in national print and electronic media; henceforth will be extended to local print and electronic media of Ebonyi State. The link equally can be found on the Commission’s dedicated website and social media platforms.

To us in the Commission, the quality of staff that will perform the census activities is very important. Therefore, having a good knowledge of the content of the census instruments, the technique, and the organization of the census process is key to the success of the 2023 Population and Housing Census.

NPC Federal commissioner however noted that “the recruitment exercise would end on Decem10, 20222022. And warned that the exercise is dfor free.