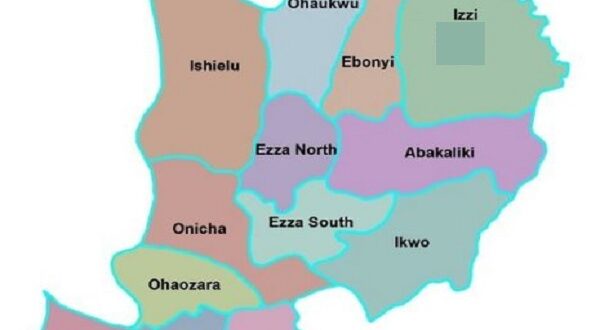 The All Progressive Grand Alliance(APGA) candidate for Ebonyi South senatorial district, Chief Ifeanyi Eleje on Thursday alleged that the Senator representing the district is yet to offer good representation to the people.

This was even as he said he would not engage in buying Motorcycles, Vulcanizing machines, and others for his constituents according to him “such does not show effective representation”.

Eleje disclosed this during an interaction with some journalists in his hometown Afikpo, Afikpo North local government area of Ebonyi state.

He said that if given the chance to represent the people at the Senate come 2023 general election that he would make the people feel the impact of representation by first having a town hall meeting in every LGA that forms Ebonyi south to know the need of the people.

He said, “In my view I don’t think Ebonyi South has had a representation in this dispensation, to be honest to you and I’m not saying it to denigrate him it’s probably his understanding of what a Senator should do, if I speak mildly for myself I’m a stakeholder in Ebonyi south since he has been in the Senate I have never met him and he is somebody I knew before he went to the Senate. He is an old boy from my school. So if I with my relationship and exposure have not met him and I leave in Abuja in this period he has been there talking less of people who do not have that access so if I have that impression that I can’t even make an input into legislative issues that affects me so I leave you to imagine the vacuum for the people of this area.

“When I go to the Senate I will know the things that are available in the Senate then I will know what to do but to answer your question directly let me just disabuse your mind I’m not going to buy people Motorcycle, I’m not going to get involved in buying vulcanizer machines too because in my view that is not empowerment. I’m going to engage the people, I’m going to have a town hall meeting, it is when you meet people when you speak with people you know what their challenges are.

“There is a health insurance scheme going on, you know you can get insurance for especially women in villages, they can have access to Medicare for one full year at no cost, I was able to secure five for five women in my village, I know people in the National Assembly who get up to 50 of that and share. I’m just mentioning one because you have come across that, I know people who have a register of who is employed in a place, what graduate is in which area, you can map a graduate, technology, classics, you know different areas you can further stratify their first class, the second class you know it looks as if it doesn’t matter but the harder you try what will motivate somebody to struggle to make good scores when people who have good scores are not able to get a job.

” It’s not about going there to get bigger cars. I think that the idea some people go into this position and the moment they go in they are already thinking about the next election and if you think like that all you are going to do is to secure the things that will help you go into the next election. But what about the people milling around I’m not aware that your serving Senator has had a town hall meeting at least in this town. I went with a candidate to the polytechnic, the polytechnic is a federal institution place and we addressed the non-academic staff, when I was just about to make a vote of thanks I just had to ask them a simple question, I said has any of you seen your Senator they said no so a federal institution in your constituency you don’t even impact on them, I just feel that this gap needs to be filled”, he said.