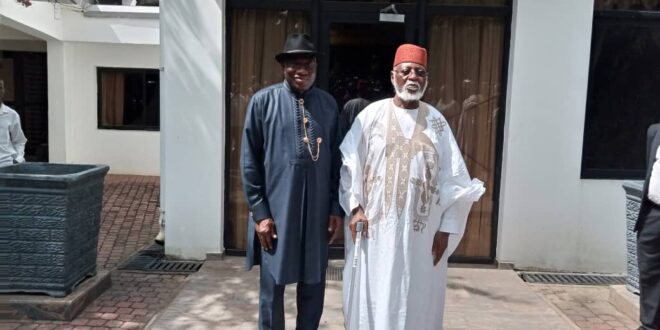 Former president Goodluck Ebele Jonathan has called on Nigerians mostly youths to elect leaders that have the country at heart in the forth coming General Election in 2023.

The former President who said he was in Minna on Courtesy visit to General Andulasami Abubakar, added that since the General returned from medical treatment Abroad, he was not oportuned to come and greet him.

“You know am the most junior among the former president so from time to time I walk round to greet them and I have not seen Andulasami for quite sometimes and you know he just came back from treatment Abroad and I said it would be proper for me to come and pay courtesy call to greet him. Also we had to stopped over and greet IBB. That’s why I am here with some friends”.

Speaking on the forth coming 2023 general election, the former president urged Nigerians to vote for credible leaders who has the Country at heart.

“We all wish our country well and my advise to Nigerians, especially to the young people you have to select the person you believe that will lead us well, and will serve us well. A leader is a servant as a president you lead to serve. We need a president who would carry all of us along, most especially somebody who will take the country as a project”.

He maintained that Nigerians needs Abdulasami Abubakar now than before as the Chairman peace Committee since Nigeria is moving close to a crucial period of general election.

He wish Abdusalam Abubakar a quick recovery as he zoom off his resident in his prestigious BMW ABJ-91RY amidst friends.
End 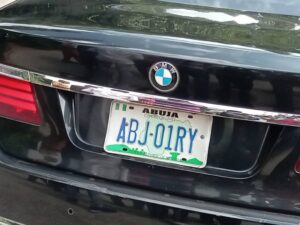