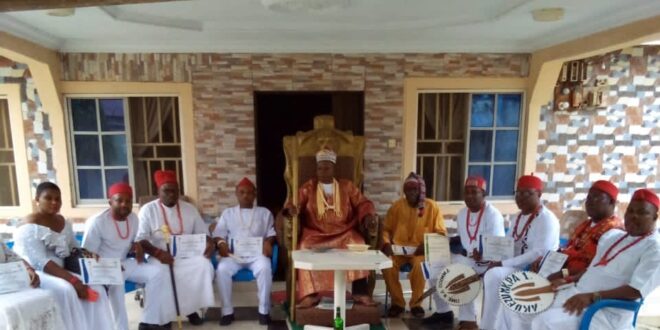 A socio-cultural group, the Ohaneze Youths Wing, has urged youths to shun electoral violence and thuggery during electioneering.

Chief Augustine Udoba, the President General of the group, gave the advice in Mararaba, Karu Local Government Area, Nasarawa State during the induction of 10 illustrious sons of Igbo extraction into the Council of Chiefs by Eze Igbo of Mararaba.

He called on the youth to ensure they collect their Permanent Voter Cards (PVC) to elect credible and competent leaders in the forthcoming general elections.

According to him, the strength of this country is in the hands of its youths, therefore, onus is on them to make wise decision in electing credible leaders.

“I want the youth to look at the future of Nigeria, even if you collect millions of naira, it will finish when you don’t have good leadership.

“I don’t belong to any political party but there is need to elect credible people to lead the country and even in the states, youths should vote for credibility and competency irrespective of political party,” he advised.

The Eze Igbo of Mararaba, Chief Paul Onyeizugbo, charged the new members of Council of Chiefs to promote peace and unity among other ethnic nationalities in Karu Local Government Area.
He harped on peaceful co-existence to engender development and progress of the community where they found themselves.

On 2023 general election, he charged his subjects to conduct themselves in a peaceful manner to be able to elect credible people to lead the country to greater height.

Also speaking, the President General of Igbo Community Assembly (ICA), Mararaba, Dr Anslem Chikere, called on all Igbo to identify and associate themselves with ICA.

Speaking on the forthcoming general elections, Dr Chikere, commended President Muhammadu Buhari for signing the new electoral act, which he said would put a stop to rigging.