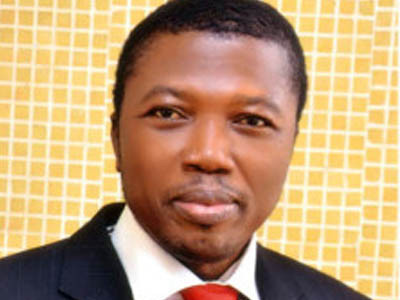 The Labour Party(LP) governorship candidate for the 2023 polls in Ebonyi State, Architect Edward Nkwegu, has pledged to create a civic education program that will suit the present-day situation if elected in 2023.

Nkwegu who is an Industrialist and employer of labor noted that with a healthy environment people would be able to take care of their needs.

The LP guber candidate disclosed this on Monday during a chart with some journalists in his office in Abakaliki.

Sir Nkwegu rolled out his four-point agenda to be; Job creation, Civic education, good governance, and a healthy environment.

Speaking further o the reticulation of water, Mr. Nkwegu noted that the state especially the capital has no good source of water.

The LP guber candidate also promised to create over 250,000 jobs in his first two years in office if he wins in the 2023 general election in the State.
He noted that Ebonyi state is most challenged in the area of poverty.

He sais, “My understanding of leadership is to come and solve problems.

“Anybody that says we don’t have challenges in Ebonyi State is economical with the truth.

“Unemployment rate in the state is also very high.

“A lot of people are jobless in the state.

“We also have challenges in Agriculture.

“Ebonyi is blessed with many mineral deposits but they have not been harnessed.

“So, there is the need to harness them.

“These are the things I will solve”.

Also addressing the political violence melted on opposition parties by the ruling All Progressive Congress(APC), Mr. Nkwegu like the former President of Nigeria, Goodluck Jonathan said, ” I will not want to be associated with violence while I’m still alive. “My ambition those not worth the lives of others”.