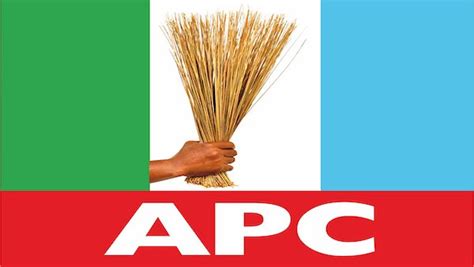 Ahead of the 2023 general elections, Mr John Mamman, Nasarawa State Chairman of All Progressives Congress (APC) says the Peoples Democratic Party (PDP) is not a threat to thier victory in 2023.

The APC Chairman stated this on Wednesday in Keana Local Government Area (LGA) at the continuation of campaign tour of LGAs by the party.

The APC State Chairman said the PDP is not a threat to them because both parties had govern the state at one point or the other.

“PDP has failed the state when they govern for 12 years between 1999-2011 which was the reason why they were rejected and voted out,” he said.

He added that all major and asphalt roads in the state, modern markets, blocks of classrooms, bus terminals, Airport in Lafia were done by APC.

“Lafia the state capital has network of roads and other facilities now befitting enough to be called a state capital courtesy our party, Mamman added.

He therefore called on the people to vote for all APC candidates and not to listing to the liars and politics of sentiment PDP is promoting.

On his part, Gov. Sule said PDP has nothing to offer in the state that is why they are resulting to all manner of sentiment for political gain.

“I do not want to talk about PDP and other opposition parties, unless they talk about us by trying to misinform the people.

“Whenever they gave misinformation, we will respond to them to put the record straight otherwise, we do not even know whether they even exist,” the governor added.

The governor added that he had completed almost all important projects started by the preceding governments to avoid waste of the state resources.

“I completed the Banquet Hall started by Gov. Aliyu Doma and named it after him and also constructed road to Farin-Ruwa in Wamba and resumed the hydropower project there before the Federal Government (FG) took over the work.

“I also completed the Lafia Airport started by Umaru Al-Makura before we handed over the Airport to FG and a lot of other projects because we believed in continuity,” he added.

Sule also said that the government under his stewardship has initiated and completed many projects such as, Bus Terminals in Lafia and Karu, Shinge road, Abuja street, Al-Makura street, Kwara road.

Others are; modern markets in Keffi, Akwanga, Nassarawa-Eggon, Keffi Square, new Presidential Lodge, schools, employment and implementation of over 10 years outstanding promotions of civil servants among others.

He added that the government has given priority to security of lives and property and had put measures on ground to tackle insecurity.

He also called on the people to vote for all APC candidates in the 2023 elections.

Also, Sen. Umaru Al-Makura (APC, Nasarawa South) thanked the people for a rousing welcome and assured that APC would do more than what is currently doing to better thier lives when given other opportunity.

Al-Makura lauded the governor for the kind of attention being given to security, as according to him, there would be no meaningful development if the state is not secured.