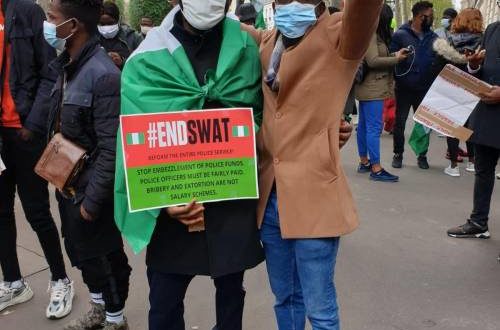 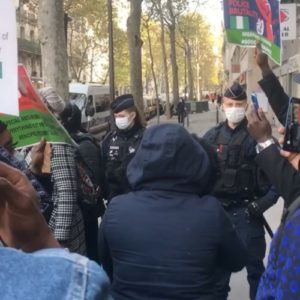 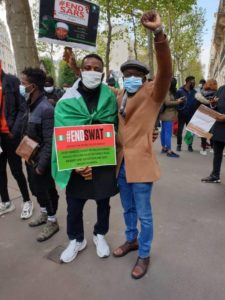 The  Nigerian Embassy in Paris, France, has called the police on young citizens demanding an end to police brutality and bad governance in Nigeria.

Despite the presence of the French police, the demonstrators, who stormed the embassy at the Victor Hugo area of Paris in large numbers, insisted on seeing the ambassador of Nigeria to explain steps the administration of President Muhammadu Buhari was taking to address the issues raised by protesters across Africa’s most populous country and beyond.
READ ALSO

The young Nigerians in the French capital also held prayers and a minute silence in honour of victims of extrajudicial killings by operatives of the now disbanded Special Anti-Robbery Squad of the Nigeria Police Force.

On Saturday, the demonstrators had marched on the popular Eiffel Tower in the heart of Paris to press home their demands.

The protesters say they are not only demanding the scrapping of SARS and dissolution of the newly created Special Weapons and Tactics team by the police authorities but also the improvement of governance in Nigeria.
READ ALSO

They have called on the Inspector-General of Police, Mohammed Adamu, to immediately resign his position for overseeing a failed law enforcement agency.