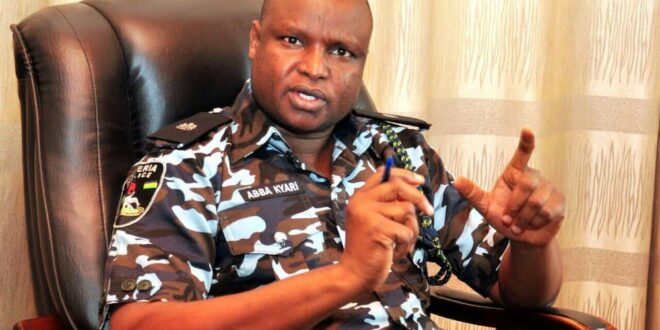 HURIWA’s National Coordinator, Comrade Emmanuel Onwubiko, in a statement, accused the Federal Government of shielding suspended deputy commissioner of police, Abba Kyari, from extradition to the United States for a year since he was named by American investigators as an accomplice in the international fraud and money laundering scheme of an international scammer, Ramon Abbas, popularly called Hushpuppi.

The group said, however, the Nigerian government has extradited other Nigerians particularly those from the Southern region of the country who were similarly involved in alleged scams in the United States.

HURIWA condemned FG’s alleged nepotistic and selective extradition of Southerners whilst Abba Kyari cools off in Nigeria despite that he has been declared wanted by the Federal Bureau of Investigation in the United States for over one year.

Recall that the Economic and Financial Crimes Commission recently coordinated the extradition of a Yoruba man, Fatade Olamilekan, for alleged wire fraud of over $3.5million.

READ ALSO: Kyari Was a Friend of The Grassroots- NULGE

The EFCC got to work after the FBI declared Olamilekan wanted through the US Legal Attache.

In April 2022, the EFCC coordinated the extradition of a wire fraud suspect and a Yoruba man, Adedunmola Gbadegesin, to the United States over $148,000 scam.

Also, in May, another Nigerian from the South-East geopolitical zone, Chibundu Anuebunwa, was extradited to the United States over his alleged involvement in a multi-million-dollar business email compromise scam.

“However, the Nigerian government has not extradited suspended head of the elite Intelligence Response Team of the Inspector-General Police, Abba Kyari, to the United States despite that the Federal Bureau of Investigation, has declared him wanted for connivance with International scammer, Ramon Abbas, popularly known as Hushpuppi,” HURIWA’s Onwubiko said.

The police had suspended Kyari last year and set up a probe but the recommendations of the panel have not seen the light of the day even after one year.

Whilst on suspension and awaiting the outcome of an internal probe, the National Drug Law Enforcement Agency in February accused Kyari of involvement in a drug trafficking conspiracy. The agency further released video evidence to nail Kyari but the suspended DCP has not been extradited to the US but has been remanded at the Kuje prison in Abuja.

Reacting, HURIWA’s Onwubiko said, “The double standards of the Nigerian Government is evident for all to see. At least three Nigerians had been extradited to the United State since after Kyari’s indictment in the Hushpuppi case and after the FBI declared him wanted.

“However, the Attorney General of Federation and Minister of Justice, Abubakar Malami (SAN); the Minister of Police Affairs, Mohammed Dingyadi; the Inspector General of Police, Baba Usman; amongst others have been allegedly shielding Kyari from extradition obviously because he is a northern Muslim like themselves.

“Using various dubious bottlenecks including the NDLEA case, Kyari’s extradition has been delayed through the manipulation of the law. Whereas, southerners who were declared wanted by the FBI in America had been extradited.

“This act of double standards in condemnable and illegal. The AGF, the police minister, and the IGP should stop portraying themselves as ethnic and religious bigots. Crime has no tribe and no religion. What made the extradition of the others possible should also make that of Kyari immediate to serve as deterrent to bad eggs amongst members of the Nigeria Police Force and other security agencies. Failure to punish offenders is a tacit endorsement of crime which is hazardous to society.

“The AGF, police affairs minister, the IGP and others involved must ensure that Kyari is extradited to face trial in the United States before the request becomes status barred. HURIWA frowns upon any coverup; Kyari must be prosecuted in the US – he must not be shielded the way the office of the AGF has failed to reasonably prosecute any Boko Haram suspect.”