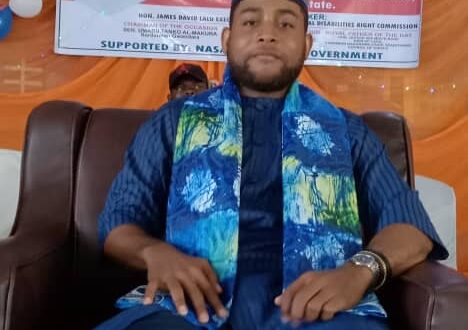 Nigeria National Association of the Deaf (NNAD) has appealed to the Federal Government to adopt sign language as the second official language in the country.

Dr Chidi Oluchi, National President of the association who spoke through an interpreter, Dagbo Usman-Doma made the appeal at a press conference on Thursday in Lafia, Nasarawa State capital.

According to the National President, the call became imperative as a result of the difficulties and challenges persons living with disabilities are going through to communicate with others.

Dr Oluchi added that the recognition of the sign language as the second linga-franca would immensely benefit persons with disabilities as well as other population by ensuring smooth communication devoid of any barrier.

“We appeal to President Muhammadu Buhari, leaders and members of National Assembly, Ministers as well as other stakeholders to assist us and ensure that sign language is recognise as second official language.

“Doing so will give us a sense of belonging and will ensure proper inclusion of over 9 million of our members across the country in governance,” he added.

The Present of the group also said that the adoption of sign language as the second official language in the country would also improve the image of the country before the international community.

He explained that it is also in line with the United Nation’s Convention and the goals four and 10 of Sustainable Development Goals (SDGs) to ensure quality education and reduce inequality.

He added that as part efforts to achieve their objectives, the group formed a coalition with the Association of Sign Language Interpreters in Nigeria (ASLIN) and others in 2022 to create awareness on the importance of sign language.

Dr Oluchi also commended the various media organisations especially Television stations that are using sign language to interpret their news items or programmes to their viewers.

He therefore, appealed to the media to continue to support them through their platforms to reach to those in authority and influence them to consider their request.

The National President also said that they were in Nasarawa State for an Annual General Meeting (AGM) to mark the golden jubilee of their association and discuss issues concerning them.

The AGM had in attendance members of the association from the 36 states and the Federal Capital Territory (FCT) Abuja.