PR-admin July 18, 2018 News Comments Off on African Judiciary Workers Pledge To Ensure Enhancement of Justice Administration and Enthronement of The Rule of Law in Africa 370 Views

We affirm that the rule of law is the fulcrum of a functional democracy. It is the belief that justice will be administered to all in fair and timely manner without let or hindrance, neither will status nor privilege define how the rule of law will promote, enhance and sustain accountability. African workers in the judiciary know that when the wheels of justice roll in true and effective service for all, society’s hope for equity is assured. Thus, the propensity to advance individual, group or communal, as well as institutions’ aspirations for greatness and progress is heightened and promising.

Sadly, the perception of the judiciary as” the last hope of the common man” continues to be on the downward horizontal trajectory. Corruption, conservatism, slow and inefficiency have shaped and sharpened some of the perceptions, real or imagined.

African judiciary workers rather than dwell in manufacturing excuses and erecting defences against the real or perceived public perceptions of the judiciary, note with concerns that the African judiciary is yet to effectively realise public expectations with respect to justice administration and her general contributions to the attainment of social justice and development.

Therefore, as part of the efforts to make tangible and effective contributions to the enhancement of service and justice delivery in Africa, judiciary workers under the auspices of the Confederation of African Judiciary Workers Union (CAJWU) met in Kigali, Rwanda on the 16th and 17th  July 2018 to deliberate on actionable steps.

Our organisation CAJWU, affirms at this meeting that access to justice is a human right. 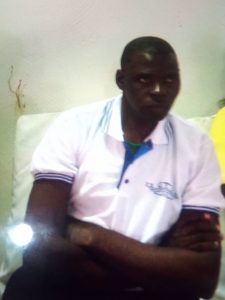 We also affirm that an effective justice administration system is a sine qua non for law and order, stability and shared progress. We resolve to inculcate ethical conducts, professionalism and efficiency in the administration of justice. We also enthused that judiciary workers have real and strong roles to play in the attainment of the African Union Agenda 2063.

We have, therefore, decided to undertake the following actions: