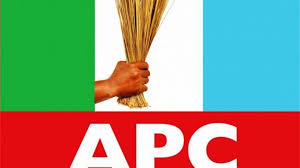 A coalition of youth groups, under the aegis of Nigerian Youth Groups, has urged President Muhammadu Buhari to nominate Mr Tein Jack-Rich as his successor.

The group was appealing on the heels of Buhari’s call on All Progressives Congress (APC) governors on Tuesday in Abuja, to support him in choosing a worthy successor.

The coalition’s spokesman, Haruna Jagindi, who passed the group’s message on Tuesday, at the end of a Youth Stakeholders meeting in Abuja, said Jack-Rich had all it took to fulfil the president’s desires.

The president had told the governors that their objective must be the victory of the APC.

He also said the choice of a candidate that would represent the party must be someone who would give the Nigerian masses a sense of victory and confidence, even before the elections.

”In keeping with the established internal policies of the Party, and as we approach the convention in a few days, I wish to solicit the reciprocity and support of the governors and other stakeholders in picking my successor, who would fly the flag of our party for election into the office of the President of the Federal Republic of Nigeria in 2023,” he said.

Buhari told the governors, at the closed-door meeting, which was also attended by the APC National Chairman, Sen. Adamu Abdullahi, that he had realised the ‘compelling need’ for him to provide ‘stronger leadership for the party during the transition.

The group, therefore, noted that only an aspirant such as Jack-Rich fitted the requirements, and could fulfil the aspirations of the president.

”Jack-Rich is the man that can take Nigeria to the promised land. He is young, talented, generous, and above all, economically and technologically sound to turn the fortunes of our country around,” the youth’s spokesman said.

According to Jagindi, Jack-Rich has done a lot to better a lot of the masses already, as evident in his philanthropic works across Nigeria, and can do much more if he is given the chance to as president.

He noted that the astute businessman had touched the lives of many Nigerians in all sectors including health, economy and education.

He said the Rivers-born young man fully understood the dynamics of Nigeria as a nation, and so would bring in every tool at his disposal to ensure the unity, growth and development of the country.

”We are therefore appealing to Mr President not to deny Nigerians this chance of getting a good leader who will ensure the fulfilment of his laudable plans for us,” Jagindi stated.

APC holds its presidential primary between June 6 and June 8.

25 persons are seeking to fly the APC flag in the upcoming presidential poll.

Previous CAN Calls For Arrest of Clerics Calling For​ Religious War In Taraba
Next 2023 APC primaries: I’ll Only Support A Popular Candidate-Engineer Sule