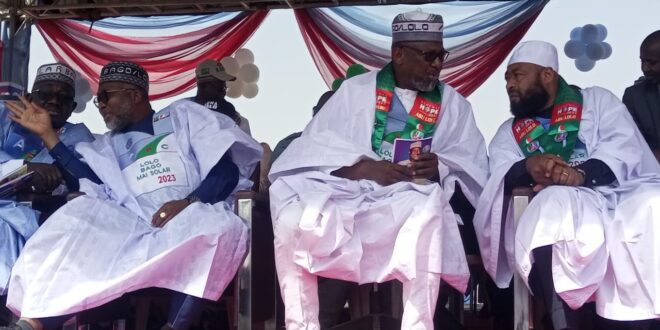 The gubernatorial candidate of the All Progressives Congress (APC) in Niger State, Umar Mohammed Bago has pledged to complete all the developmental projects initiated by his predecessor across the state.

He made the pledge while flagging off Niger East Senatorial zone campaign in Kontagora, the Zonal headquarters.

Addressing the mammoth crowd that received him at the Kontagora mini-Stadium, Bago assured of all his campaign promises would be fulfilled if el elected.

He said the principle of his administration would be based on maximizing the state resources by building on legacies of his predecessors.

He said his administration would specifically focus on addressing youth restiveness through empowerment and quality education to make them relevant in the society.

He said 87 of the decampees were officials of the People’s Democratic Party (PDP), adding that 261 were women 173 men from the New Nigeria Peoples Party (NNPP).

Bawa said the APC was ready to create enabling environment for citizens to enable them excel in their various political endeavors.