The Supreme Court on Monday affirmed a decision of the Court of Appeal which dismissed a petition by the Peoples Democratic Party (PDP) against the election of the Kano State Governor, Abdullahi Umar Ganduje Reiterating the point made by the appellate court.

Also the appallent Court affirmed the 2019 election of the Sokoto state governorship candidate of the Peoples Democratic Party, Rt. Hon. Aminu Tambuwal, as the state Governor.

Meanwhile the National Working Committee (NWC) of the Peoples Democratic Party (PDP) are currently protesting against the Supreme Court Judgement of Imo Governorship election in Abuja.

People reporters can report that there were series of protest in many parts of the country at the Weekend. 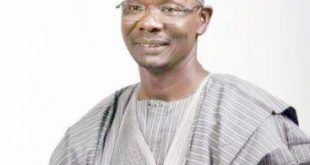