Buhari And Tinubu In Cold War Over Lagos Ministerial Slot 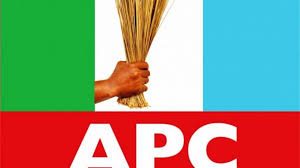 President Buhari and Tinubu In Cold War As Ambode Top PMB’s Ministerial List.
The National Leader of the All Progressives Congress, Asiwajo Bola Tinubu has clashed with President Buhari over the move to appoint Ambode as the Minister who will represent Lagos.

According to a leaked report, President Buhari has constantly rejected the recommendations from Bola Tinubu for the Minister who will have Lagos slot. The President has insisted on listing the immediate past Governor of Lagos State, Akinwumi Ambode for the slot. There is a secret cold war between Tinubu and President Buhari which is desperately kept from the public domain.

In another report, It was gathered that party men loyal to the National Leader of the ruling party, Asiwaju Bola Tinubu, may have begun moves to scuttle plan to appoint Ambode as a minister.

Top party chiefs in the Mandate Group alleged that the immediate past governor of Lagos State frustrated many party members in Lagos State during his tenure and there was, therefore, the need “to teach him a lesson.”

Consequently, the aggrieved party men were said to be making moves to petition the Economic and Financial Crimes Commission over Ambode’s alleged financial misappropriation and corruption.

Ambode, who has been out of the country since he left office in May, returned from France a few days ago. He was said to be favoured by Buhari’s kitchen cabinet.

In coming days the speculations will be put to rest when Buhari finally unveil his ministerial list to the public whether the embattled former Governor will  succeed in becoming Minister of the Federal Republic of Nigeria. Only time will tell.