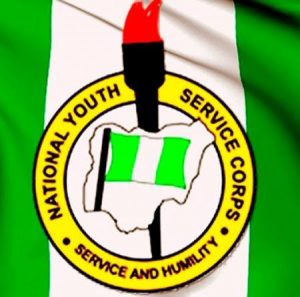 A vehicle conveying 37 members of the National Youths Service Corps (NYSC) has crashed on Monday at the Danco filling station corridor of the Lagos – Ibadan expressway, leaving 19 of them with grave injuries.

The Youths Corps members were going to Sango Otta, Ogun State, shortly after passing out from their three weeks drills and exercise at the Ogun State NYSC Orientation Camp, Sagamu, when the accident around 3:16pm.

The Corps members were travelling in unmarked Coaster bus after their orientation camp which ended on Monday.

In a release by the Route Commander, Florence Okpe, Public Education Officer of the Ogun State Sector Command, Federal Road Safety Corps (FRSC), she quoted the Sector Commander, Mr. Clement Oladele, as describing the accident as “serious,” and blamed “speed violation (SPV) and loss of control (LOC)” for the cause.

She added the victims comprising nine males and 10 females were evacuated to FRSC Accident Emergency Clinic at Sagamu while four of the Corps members having more serious injuries were referred for further medical treatment at the Olabisi Onabanjo University Teaching Hospital (OOUTH), Sagamu.

The Command advised Corps members to always caution their drivers especially during this raining season and where such drivers refused to heed caution, they should call FRSC toll free number 122 for necessary disciplinary action against such erring drivers.