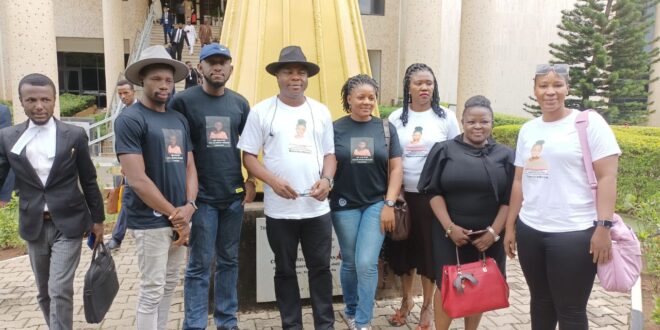 However, Justice Kayode Agunloye advised parties not to speak about the subject matter of the case before him, saying that it would amount to contempt of court.

“I am of the firm believe that when a matter is pending before court, parties will cease all hostilities. Therefore, parties are hereby restrained from making comments on the instant matter before the court. But they can speak about justice for Keren within the ambit of the law”, Justice Agunloye ruled.

Justice Agunloye reached that decision while ruling on a complaint brought by Counsel to Premiere Academy, Eyitayo Fatogun over alleged intimidation of the court and his client on national television and social media.

According to the counsel, this was not acceptable because when a matter was already before the court, counsel know they are to advise their clients not to discuss the matter in the media.

However, in his reply, counsel to the defendant, Johnbull Adaghe described as untrue and manifestly false allegations that his client has been making contemptuous comments on the case or trying to intimidate the court.

“The claimant’s counsel are just seeking to prejudice the mind of the court against my client, who has only been playing his role as a child and gender rights advocate. But I know that your mind cannot be prejudiced”, he submitted.

Following the court’s ruling, Fatogun applied to withdraw his motion for interlocutory injunction to restrain Ughegbe from making defamatory comments against the school.

The defamation suit filed by the school has been adjourned to November 14, 2022.