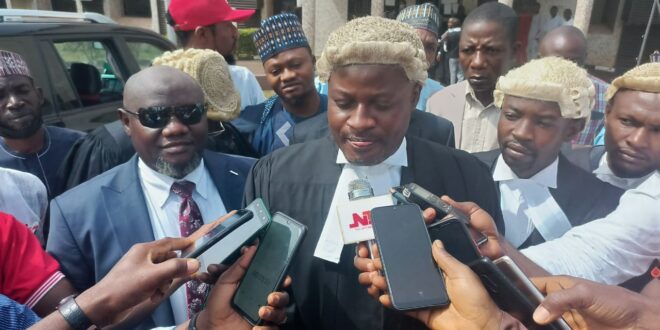 A Federal High Lafia on Tuesday nullified the Nasarawa West Senatorial primary election of All Progressives Congress (APC) over manipulation of delegates list used for the election.

It could be recall that Mr Labaran Magaji, an aspirant at the APC senatorial primaries, had taken the party and Arc. Shehu Tukur, the purported winner of the election to court alleging irregularities during the primary.

Delivering the judgement in Lafia, Nasarawa State capital, Justice Nehezina Afolabi directed APC to conduct a fresh primary within 14 days from the day the judgement was delivered.

The Judge also directed that the party should use the authentic delegates list.

Also ruling on the preliminary objection filed by the defendants, the judged ruled that it has jurisdiction to here the case.

Reacting to the judgement, Barr Ghali Ahmed, Counsel to the plaintiff, lauded the judge for considering the matter on its merit.

The counsel said that one of the prayer of client is for the court to annulled the
election and declare him the winner, but the court thought it otherwise.

The counsel therefore said that he would consult with his client and decided on the next line of action.

On his part, Dr Mubarak Adekilekun, counsel to the first defendant (Shehu Tukur, APC Senatorial candidate) said the court has carried out its responsibility of interpreting the law.

He said that there are different layers of court and the case could reach of to the Supreme Court, as such, he would equally consult his client and they would decide on the next line of action.

On his part, the plaintiff described the judgement as victory for democracy and for the people of the constituency.

Magaji said he would consult his supporters and political associates within the next 24 hours to decide on the next line of action.

He therefore, urged his supporters to remain calm and work towards delivering all candidates of their party in 2023 general elections.

Previous Ministry Wants Stiffer Punishment For Lecturer, Others For Assaulting Girl 19
Next UN, NUJ Sues For End To Impunity Against Journalists