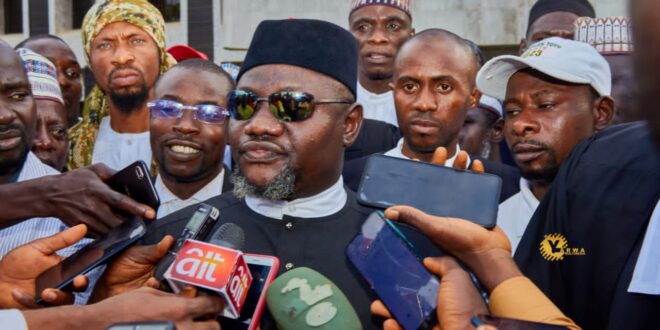 A Federal High Court Lafia on Wednesday reserved judgment on a case filed by Mr Labaran Magaji against Shehu Tukur, Nasarawa West Senatorial candidate of the All Progressives Congress (APC) in the 2023 general elections.

Mr Labaran Magaji, an aspirant at the APC Senatorial primaries, dragged the party and the winner to court for alleged irregularities during the primaries.

Justice Afolabi Nehizena, trial Judge of the court reserved the judgement after listing to submissions from the counsels representing various parties in the matter.

The judge said the day fix to deliver the judgement would be communicated to all parties.

Meanwhile, Ghali Ahmed, Senior Advocate of Nigeria (SAN) lead counsel to the plaintiff told newsmen that three processes took place at the sitting of the court that lasted for more seven hours.

He said the processes includes, presentation of a witness, debate on preliminary objection that the court lack jurisdiction to handle the matter by the defenders and debate on all the processes filed on the substantive suit.

He added that everything is now before the court and they believed that justice would be served based on the facts and evidences the brought before it.

On his part, Mubarak Adekilekun, counsel to the first defendant (Shehu Tukur, APC Senatorial candidate) said they filed objection that the court does not have jurisdiction to entertain the matter because in is an internal affairs of the party.

Also speaking to journalists, the plaintiff has urged his supporters to remain calm and deliver the party in all elections at the 2023 general elections.