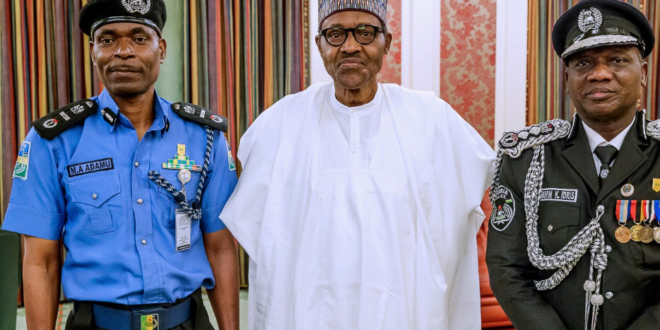 The Academic Staff Union of Universities (ASUU) was shocked to receive reports of violent attacks on protesting youth under the aegis of #EndSARS, killing and maiming a number of them, in Lagos and other states in the country.

At the Lekki Toll Plaza on Tuesday, 20th October, 2020, light was switched off while armed security operatives swooped on the peaceful demonstrators who kept vigil at the venue.

We condemn in strongest terms government’s handling of the Lekki incident. The repression and killing of any citizen for exercising the constitutionally guaranteed rights to protest is unjustifiable and criminal.

We call on the Federal government to get to the roots of the crisis and ensure that justice is done and seen to have been done to all victims of the
dissent into brutality and murder.
READ ALSO

ASUU fully identifies with Nigerian youth in exercising their constitutional rights to freedom of expression, peaceful assembly and non-violent protest. Cumulative reports attest to the reckless, unguarded, and anti-people activities of the now-defunct Special Anti-Robbery Squad (SARS) arm of the Nigeria Police Force. From all indications, SARS had become an instrument of oppression; intimidating, extorting and killing innocent youth and citizens on trump p charges.

Those who survived the SARS experience tell gory tales. Mere name-chang of the killer-organisation (SARS) is therefore not enough to erase the deep-rooted impression of betrayal by a security outfit supported with tax-
payers’ money. It will certainly not end the cruel murders widely perpetrated by SARS now changed to Special Weapon and Tactics (SWAT).

ASUU notes with regrets that Nigeria has not grown beyond the conquest subjugation orientation of colonial rule evident in police and military brutalisation of the civilian populace.

Since we published How to Save Nigeria in 1984, ASUU has not ceased to condemn Nigeria’s dependent and weak position within a declining and crisis-ridden world capitalist system.

We have drawn attention to the presence of a local exploiting class whose members collaborate with foreign exploiting firms to steal Nigeria’s wealth and transfer it abroad.

Among the major causes of the current situation is the stealing, on a massive scale, by foreign and Nigerian contractors, politicians, distributors, and commission agents who do not contribute to production. These and other exploitative and rent-seeking tendencies have, cumulatively, precipitated the intractable crises engulfing virtually all regions of the country.
READ ALSO

Nigerian workers, Students and intellectuals have had a history of progressive defence of the constitutionally guaranteed rights of all Nigerians. Government after government has distributed the wealth created by workers to the rich and powerful (in all parties and all regimes). To confront our monumental security challenges, the conditions of life of the suffering Nigerians, not the rich and powerful, should be the starting point. Nigeria’s constitution states clearly that the Nigerian state must be a welfare state. The youth’s response is a reflection of the suffering imposed upon them by Nigeria’s rulers and their partners from Europe and America. It is a suffering Nigerians of all ages are all experiencing . The youth’s ongoing protest is a challenge to those who hold political power to urgently and rightly address the core issues of poverty, homelessness, unemployment, poor education, and lack of access to social services such as adequate healthcare, good roads, housing and electricity for majority of Nigerians. The youth are carrying the burden of resistance, a burden which they have taken on behalf of other classes of the Nigerian society. The labour movement, the professional groups, the peasant farmers, the artisans, and the intellectuals must defend the rights of the people as guaranteed by the Constitution as the youth have done with the peaceful protest. It is a challenge to all those who anti genuine change in Nigeria. We must intervene in manners that bring lasting impact; lest the genuine struggle of our youth is hijacked by self-seeking opposition politicians miscreants as already happening.
The future of the young people in Nigeria is threatened. They are living in conditions of hopelessness, disintegration of families, and despair about the present and the future. So long as the prevalent deprivations persist, lacking a hope for a better satisfying life conditions, it is expected that they will lose confidence in the present set up. The solution is, therefore to embark as, an emergency, on a series of public programmes of economic and social welfare, as provided for in Chapter Two of the 1999 Constitution (amended) – provision of state-funded qualitative education, mass employment as well as other ife-enhancing opportunities that characterise a welfare state.
READ ALSO

COVID-19: Global Responses And Matters Arising For Nigeria and Africa

The Federal Government must lead the way in restoring peace and justice in Nigeria. Security operatives must be stopped from the senseless killing of armless youth protesters while infiltrators must be brought under check through active intelligence. For obvious reasons of past betrayal, the youth are right to insist on seeing evidence of how well government has met their five-point demand — immediate release of all arrested protesters; justice for all deceased victims of police brutality and appropriate compensation for their families, setting up an independent body to oversee the investigation and prosecution of all reports of police misconduct; psychological evaluation and retraining of all disbanded SARS officers before they can be redeployed; and increase police salary so that they are adequately compensated for protecting lives and property of citizens. It is only by continuous engagement that this would happen, not by deployment of trigger-happy military personnel as reportedly done in the case of Lekki Toll Plaza.
ASUU commiserates with the families whose children’s and wards’ lives were cut short in the course of the #En SARS protest nationwide. We equally empathise with youth and other citizens who are still nursing various degrees of injury, and we wish them full and speedy recovery. In the immediate, government should take measures to fish out the culprits and bring them to justice without further delay in order to calm all frayed nerves. Finally, our ruling class should always remember that only continuous engagements with the citizen especially the energetic youth population and the working class, would deepen Nigeria’s democracy and guarantee lasting peace in the country

For and on behalf of the Academic Staff Union of Universities (ASUU).

Previous Police Commission Appeals To #EndSARS Protesters To Retreat Over Killings, Destruction
Next #ENDSARS Protest Is A reflection Of Suffering Imposed Upon Nigerians- ASUU