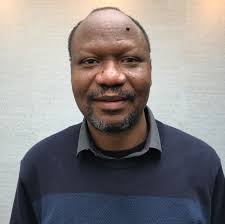 The Director of Mac Arthur Foundation’s Africa Office, Dr Kole Shettima has said the #Endsars movement has retired the activists who drove radicalism from the late 1970s to the mid-1990s.
Dr Shettima who was speaking at a memorial lecture in honour of late Dr Yima Sen said the ongoing #Endsars campaign is redefining labour activism in Nigeria through its disruptive nature.

Kole Shettima who chaired the lecture that holds in Abuja opined that late Yima Sen represents a struggle that cut across the political landscape, said recently #EndSars campaign has provided a fresh disruptive definition of activism in Nigeria relies on social media and other means of communication.

According to him, the government of the day has a long way to go if they are still believing the narratives that the #EndSARS movement is the handiwork of the opposition, enemies of the government.

“A new generation with completely new ways of thinking and enacting themselves are in place and kicking with digital jabs that can send systems into disarray. It was part of Brexit, for example, just as it also fuelled the Floyd revolt in the US.

“What Nigeria they are going to build is not what anyone can foresee right now.”

Dr. Shettima further advised the #Endsars campaign to replicate what Yima Sen symbolised – the harmonious membership of wide-ranging sites of activism because such moves would be rewarding.
READ ALSO

According to him, Yima fought against the enemy images now pervades the land along with deep suspicion and mistrust.

Also speaking, a professor of Theatre Arts, Prof Iyorwuese Hagher who went to the same Bristol Secondary School, Gboko with Dr Yima said late Yima’s life while on this earth represents the motto of the school, which was to be the light of the world.

The Executive Director of the African Centre for Leadership, Strategy and Development, Dr Otive Igbuzor said Yima believed that every political opportunity should be taken and gateways to advance the progressive agenda seized.

He said Yima believed that political praxis meant taking every path that could lead to progress but resisting incorporation into the world of bourgeois politics in which power is the only thing that matters rather than the good that power could be used to pursue.

Director, Advocacy and Publicity of the Northern Elders Forum (NEF), Dr Hakeem Baba-Ahmed, who lauded Dr Yima, who was the pioneer Director-General of the NEF, said Yima’s penetrating intelligence, profound personal humility and stubborn commitment to personal values made him a major reference point even in an organization which has a very high premium on the integrity of its members.
READ ALSO

“He was passionate about Nigeria and committed to interests of all Northern communities. He felt no discomfort in describing himself as a proud Tiv man, a northerner and a living Christian. His journey through life took him through the nation’s inner recesses of the political process, and he spent his last few years imparting knowledge and wisdom to the next generation of Nigerians at BAZE University where we both taught,”

Previous FIWON Seeks Partnership On Informal Sector Workers Welfare
Next I Will Disown You Once You Join Police, Says 71years Journalist detain For 28-dayS