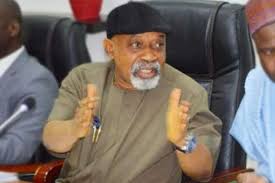 The Federal Government has expressed concern at the low participation of private sector in employment creation in Nigeria.

The government said it is worried that the private sector is not creating Jobs optimally, even as its government concern is about providing enabling environment.
READ ALSO

Minister of Labour and employment Dr. Chris Ngige in Abuja said the government is seeking an improved participation of private sector and its ability to actively create more jobs for the unemployed.

While speaking at the FOURTH National Employment Council (NEC) holding in Abuja between 19th October and 20th October 2020, with the theme: “Stimulating and Sustaining Private Sector Growth”, the minister said government alone can not meet the challenges of unemployment in the country.

Represented by the Permanent Secretary in the Ministry, Dr Yerima Peter Tarfa, the Minister noted that the private sector plays a critical role in the economy through job creation, and emphasised Government’s concern in addressing the growth challenges in the sector and its inability to create jobs optimally.
READ ALSO

According to him, Government’s major responsibility is “providing the enabling environment for private sector initiatives to create jobs for the unemployed.”

Ngige further challenge participants at the meeting “to holistically deliberate on the challenges mitigating against the growth of the private sector and come up with useful suggestions that will promote the job absorption capacity of the sector.”

The Minister disclosed that the meeting would also take a decision on the appropriate Government Agency that could take over the functions of the defunct Manpower Board.

Speaking earlier, the Permanent Secretary represented by the by the Director Employment and Wages, Labour and Employment, John Nyamali, stated that as the body responsible for coordinating job creation effort across all sectors of Nigerian economy, the Council was duty-bound to significantly contribute towards achieving “President Muhammadu Buhari’s agenda of lifting ten million people out if poverty through productive and freely chosen employment.”
READ ALSO

Business Insider Global Trends Festival And The Gains Of Covid-19

Dr. Yerima described entrepreneurs as the backbone of the economy.

Previous Nigerian Embassy Calls Police For #EndSARS Protesters In Paris
Next How SARS became a catalyst for a new generation of Nigerian youths.