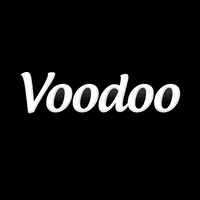 Extract From A Debate On Witchcraft

MJA August 23, 2020 People Comments Off on Extract From A Debate On Witchcraft 126 Views “Every society has a contextual philosophy. The problem I see in understanding the simple and yet, clear philosophy of African society is that we approach it filled with “indoctrinated Western philosophy.”

It’s important to realize that no matter how educated in the White Man’s Philosophy you and I are, the largest percentage of our kith and kin still believe in their local African philosophy.

The society where Amadioha remains Chi does not ‘dis-accommodate’ witchcraft.
READ ALSO

As a matter of fact, witchcraft called Amunsu is very much a part of ancient Igbo metaphysical philosophy. And not only the Igbos. Other African nationalities share similar or near-similar metaphysical realities.

The coming of Christianity however depicted its bad side as often practiced by Black and Red Witches.

Surprisingly some of modern-day educated Africans perhaps drooling from over-saturation of the White man’s philosophy, culture, and misled by whatever index/indices of social-cognitive development by which they evaluate the White Man, are quick to discountenance the presence and operations of Amunsu (Witchcraft) leading oftentimes to gruesome misfortune.

As Africans, we must embrace the reality that witches, wizards, witchcraft, and wizardry exist.

A high voodoo society given to black magic cannot have these practices.

Whilst the western world explores science and technology in its bid to control mankind, Africans have resorted to black magic and witchcraft/wizardry for some reason.

It explains why educated Africans even those who have attained Doctors of Philosophy (Ph.D.) in academic pursuits and having stumbled on this truth, engage the service /services of witch doctors and prophets to guarantee their success in whatever field of endeavour they are into.

From the military to academia, religious circles, and market areas, there’s no part of the African society where spiritism which of course includes witchcraft is not found.

It is on record that former Presidential Spokesman, Reuben Abati, speaking on the issue soon after the expiration of the administration of His Excellency, President Goodluck Jonathan, recounted a conversation where he was told that some staff of the Presidential Villa employ diabolic means as ‘buffers’ and ‘pathfinders’ to achieve whatever objective.

He particularly recounted deluding himself bathing with soaps as “Lux” while these diabolic fellows bath with “blood” each day before coming to the villa.

Clearly hearing from the horse’s mouth.

Instances abound everywhere of this kind of stuff.

It is thus delusional for any to discountenance the existence and operations of black magic; a code name for witchcraft, wizardry, and voodoo.”

What therefore remains with us is the choice on the way forward; as individuals or as a society.

Do we embrace the belief in witchcraft, black magic, voodoo or whatever name you call it?

And if we do, the next question to ask would be: for what purpose?
READ ALSO

Planned Protest By Cuba Supporters To The USA Embassy Aborted.

Is it a constructive element for personal, group, or societal development?

Or do we discard it in totality and follow the white man’s metaphysical philosophy.

Certainly, those who have delved deep into Christianity and Islam as case studies would’ve realized that both faiths have deep aspects of conjectural spiritism.

Christianity like Islam can be used to kill or make alive, build or destroy, heal, or make I’ll.

Hence, the choice before us is which do we choose from given the options before us.

If witchcraft for individual growth, society, or group growth and development is the way forward, then it is certainly neither black nor red witchcraft /wizardry.

It has to be “White Witchcraft / Wizardry”.

Otherwise, let’s embrace the White man’s metaphysical philosophy while employing all measures to obliterate the others.

Again it is a sheer delusion to assume that Witchcraft and witches or Wizards do not exist. 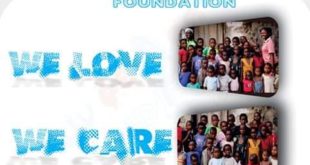 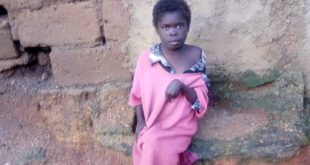 I wish to bring on notice of the general public, especially the Plateau State Government …