Breaking News
Home / Info.... / Farewell To Prince Godwin Atibile, The Best Of Us

Farewell To Prince Godwin Atibile, The Best Of Us 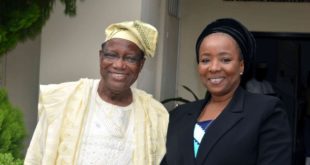 Standing with a candlestick at your graveside knowing the best of us feasts with termites below the grounds leaves me with an excruciating pain that lingers until thoughts of the hereafter as believed in Christiandom setlles in.
As the days goesby with flags at half-mask, I’m perturbed to admit that determinism, a school of thought in both philosophy and psychology has greater influence on the affairs of man than Freewillism.

For instance, my entanglement with shared memories of my fallen heroes, whose ideology I align myself with conviction is epicentric. Such a remarkable feeling confirms my curiosity that if given the chance to rekindle our loss bond, we won’t let go of each other.

Dad, till we meet again in a boundless realm, permit me to engrave for you an epitaph in my heart that will stand the taste of time.

My name is Uto Ajino, from Beebo. Beebo is an agrarian community in Boki Local Government Area of Cross River state.
READ ALSO

My mother, mummy Uto as she is fondly called is a petty trader married to a primary school teacher with both supporting their hustles with farming. Three years after their marriage, came my birth.

My advent was in the bush as I arrived while mum was on her way to farm as usual to fetch some farm produce. As she walked with a protruding pregnancy, she got dehydrated and decides to patronize Katte-konu,
a neatly flowing natural stream that serves both man, spirits and animals as the case maybe.

As mum struggles for water, she also struggled with a lonely child labour as her only companion at the time were some beautiful birds that came to drink from same stream before becoming emergency midwives.

Even as a neophyte, I was thrilled by the aesthetics and melody of these birds before some farmers arrived to help mum carefully package my placentas for dad who had just returned from his teaching to bury in accordance with our customs and tradition.

With family being my first contact, I connected easily with hunting, farming, fishing and schooling as a common practice amongst my people.
I recall vividly how I enthusiastically jumped into the forests in the thick of night to hunt for both animals and cash crops, sometimes gulping litres of water including romancing the fishes while casting my net, not forgetting how myself and friends chased snakes in the forests during rainfall. These experiences were herculean yet necessary for a child from my clime as such difficulties were believed to help shape both your psychology and physiology for the task ahead.

God saw me through this stages until I was of scholable age whence I proceeded to Calabar for my secondary education.
I made friends like every other student in school except that Uduak, my friend from Anang in Akwa-Ibom state was a Wolf in Sheep clothing. Countless times he confronted me with dead like a prophet of doom, but little did he know his advancements weren’t new to me as killing was a common practice in my neighbourhood.

Less I forget, my house in Calabar was at Bayside, Calabar South. Bocco street to be precise. Bocco street was a nutorious Jerusalem reputed for bloodshare and other violent activities. You learn to defend yourself at all times as there is no friend in this jungle. How I was able to combine this extra curricular activities with my studies without conflict bits my imagination till date.

After a legion of assassination attempts on me, the school proprietor and my parents changed my school to enable me acquire at least SSCE before any eventuality.

After this phase, my candle started lacking in illumination living me with a blurred vision for the future, until my Uncle based in Abuja at the time gave me a lease of hope like dews to plants.

He visited home and saw a lad on the verge of dilusionment if nothing was done to tam the tide. He invited me for a Presidential briefing devoid of intimidation, lies and arrogance. He told me to get my things ready as I will be going with him to Abuja. That statement didn’t sink well with me, not as though a bad idea but I felt as if watching some Indian films.

In Abuja, things were taking shape as I was immediately enrolled into the University of Abuja. Prospects for completing the programme was short-lived when dead came knocking at my Uncle’s door were he eventually bowed to pressure.

After his funeral, returning back to school became harder than the head of a camel passing through an eye of the nidle. After all said and done, life became a living hell for me from both lecturers and students alike.

As my ship was gradually sinking to Sankata, I remembered my earned street credibility and used them to my advantage. Those who crossed my paths with self acclaimed monopoly of violence met stiffer opposition as I operated with the wisdom of Solomon using the might of a Lion.
READ ALSO

I had no intention of hurting anyone save for self defence having watched my Uncle, Father, mentor and leader, an epitome of patriotism suffer neglect from the system he gave his all to sustain.

Such tragic experiences informed my hatred for constituted authorities in search of happiness that was long gone. Then I began to reminisce on the life and time of my Uncle. How he won the 1998 election to represent Ikom/Boki at the House of Representatives but never smelled the green chambers as a result of Gen. Abacha’s death. I also remembered like yesterday how Nasir el-Rufai’s merciless bulldozers as the FCT minister demolished his hard earned apartment with no compensation. How about the Nigerian Navy he served with his life without recognition? These and many infuriated me against an unjust society.

Amidst these governmental progrom against my Father Prince Godwin Atibile, the best of us, a rare gem, an icon, a legend and grassroot mobilizer, he never resorted to violence, but rather he encouraged me to remain law abiding that good name was better than riches.

Many years after you are long gone, your legacy still speaks volume.

On the 16/10/2007, you left me with bleeding heart and swollen eyes from many sleepless nights I await your return.

As you dine with the heavens for a divine assignment, may you continue to attract positive vibrations for us all till we meet to path no more.

Tags best of all Prince Godwin 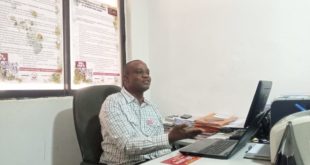 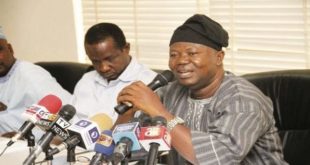