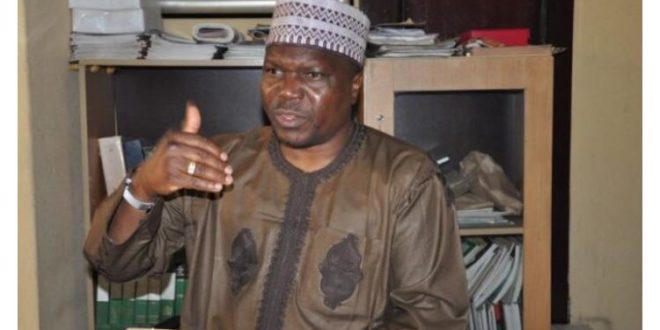 The President-General of the Trade Union Congress (TUC),Bobbi Kaigama, disclosed that the Federal Government was not sincere enough to implement the new minimum wage of N30,000.

Kaigama , said this on Monday in Akure during the fifth Triennial Delegates’ Conference of the Ondo State chapter of the union where Com. Helen Odofin emerged the new State Chairman.

He also emphasized that the new minimum wage as approved by President Muhammadu Buhari was not a scam.

During the Swearing-in the new officers ceremony,, Kaigama who was represented by the Secretary-General of TUC, Mr Musa Lawal, noted that a presidential technical committee to work out new salary templates had been set up and expected to submit its report next week.

The TUC president guaranteed that organised labour were following developments at the committee to ensure workers were not shortchanged with the new minimum wage table.

The new TUC chairman, Odofin, in her acceptance speech said “the congress and its teeming members have at this time asked me to take lead in the struggle for workers welfare and I have accepted”.

The Ondo state Chairman of the Nigeria labour Congress (NLC), Mr Sunday Adeleye, said labour unions in the state would start negotiations on the new minimum wage as soon as the federal government comes up with an acceptable template.

Gov. Oluwarotimi Akeredolu, represented by his Special Adviser, Mr Alaba Isijola reiterated his administration’s determination to improve on the welfare of workers.

Akeredolu reassured that the state government would implement the new minimum wage whenever an agreeable template was released.