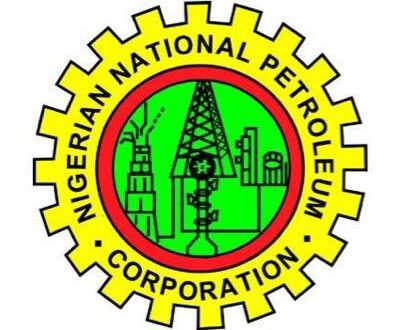 Following a resurgence of fuel queues in the nation’s capital and the tepid excuses for the scarcity just offered by the Nigerian National Petroleum Company (NNPC), Prominent Civil rights advocacy group- Human Rights Writers Association of Nigeria (HURIWA) has told the NNPC that her fundamental mandate is to create permanent solutions to artificial fuel scarcity in Nigeria and not to continue to dish out unsustainable excuses for this abnormal scarcity of the products in a nation that ranks as the 7th largest producer of crude oil Worldwide.

HURIWA recalled that the Nigerian National Petroleum Company, NNPC, Limited has blamed the queues for fuel in parts of Abuja on the low loadouts at depots which it said usually happen during long public holidays. Another contributing factor, NNPC said, could be the increase in fuel purchase which it described as also usual with returning residents of the Federal Capital Territory, FCT, from the public holidays.

According to a statement by the HURIWA National Coordinator, Comrade Emmanuel Nwubiko recalled that NNPC claimed that it had, however, in conjunction with the Nigerian Midstream and Downstream Petroleum Regulatory Authority and their marketing partners taken necessary measures to ramp up loadouts from all depots.

HURIWA however is dissatisfied with the explanation made by the NNPC because according to the civil society body, most filling stations in Abuja were shut down following scarcity of Premium Motor Spirit, PMS, popularly known as fuel even as the group said the NNPC which has continued to export Nigeria’s crude oil and in turn import fuel into Nigeria instead of finding lasting panacea to the crises has continues to manufacture untenable excuses for the perennial and intermittent fuel scarcity in the Country because apparently, her officials are benefitting from the suffering of Nigerian motorists who go through a lot of huddles to buy petrol.

Lanenting that the sudden fuel scarcity situation caused long queues of vehicles at various filling stations in the Federal Capital Territory, FCT, Abuja, HURIWA said it Will also lead to poor productivity by both workers in the public and private sectors of the economy because the bulk of these workers will be engaged in searching for fuel to power their vehicles and those using public commercial buses will now have to cough out higher transportation fares which is built in into their Monthly pay package. HURIWA said the fuel scarcity will impact negatively on the costs of living of Nigerians.

HURIWA reminded the newly unbundled and re-energised that during the recent inauguration of the Board of directors, the President, Muhammad Buhari (GCFR) reminded the Board members that they came on board as a result of the reforms put forward by the Petroleum Industry Act (PIA) 2021, which seeks to reposition the Nigerian petroleum industry to a commercially viable and competitive industry in line with global business dynamics and best practices.

HURIWA charges the NNPC to wake up from institutional slumber and serve Nigerians competently in line with the mandates of the new NNPC.