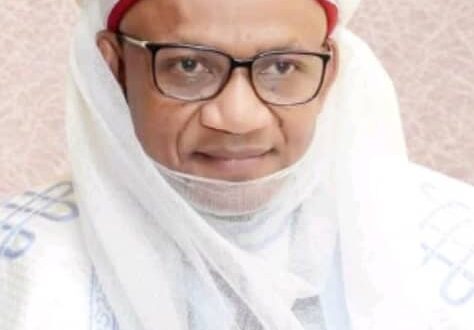 In a separate congratulatory massage, both Governor Sani Bello and the NUJ described Etsu Nupe as a bridge builder and a peace maker.

The Governor in a congratulatory message, described the Etsu Nupe as true, loving, courageous and a peaceful leader, whose immense contributions to unity, peaceful coexistence and development of the society is reckoned with in the State, Nigeria and beyond.

“Etsu Nupe is a gift from God to humanity, his 19 years reign of the traditional ruler have impacted positively on his subjects, having instilled in them patriotism and understanding through his bridge building skills, wide spread consultations and reach, promotion of cultural values of the Nupe speaking extraction in Nigeria”. He emphasized.

Governor Bello acknowledged the fatherly role of the Monarch whose inspiring counsel which have kept the Government and non governmental organisations on track especially as it affects decision making and policy formulations aimed at promoting good governance.

“The reign of Etsu Nupe in the last 19 years has brought about harmonious coexistence and promoted the rich cultural heritage of the Nupe Kingdom. You are no doubt a gift to the society.

“I celebrate you and all that you represent on the throne. May your reign be long”, he said.

On his part, the Chairman of Nigerian Union of Journalists Niger State Chapter comrade Abu Nmodu said, in the last nineteen years, Nupe land has witnessed monumental growth and development especially in the areas of education, agriculture, health , culture as well as tolerance and understanding among themselves and their neighbors.

The Chairman in a congratulatory Massage signed by the Council Secretary, Comrade Usman Chiji, noted with satisfaction that , Etsu Nupe was able to place Nupe land in the comity of recognized and respected languages in the world .

He explained that, one of the unprecedented achievements of his royal highness is the introduction of annual Nupe day during which sons and daughters of entire Nupe land across the globe gather to display and expose the rich cultural potentials in the land thereby enhancing socio-economic development of the areas.

He explained that Nupe speaking people have excelled in their chosen fields and also contributed immensely to the area are being honoured during the celebration of Nupe day so as to motivate others to do so.

The union appreciated, the efforts of Etsu Nupe in creating friendly environment for media organisations within his domain and the state as a whole adding that , NUJ is also enjoying fatherly support of his royal highness.

NUJ Niger state council also thanked Etsu Nupe for his confidence on members of the Union by honouring them with traditional titles.

While pledging an unalloyed support to the Monact, the union prayed for God to grant Alhaji yahaya Abubakar more fruitful years of sound health, wisdom and economic prosperity to continue to serve God throughout his purposeful leadership on the throne.