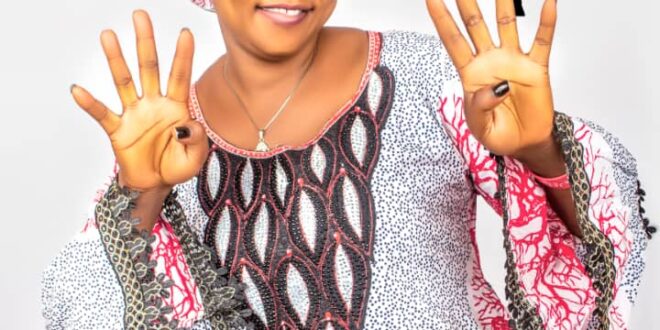 Ahead of the 2023 general elections, Women group under the aegis, Progressives Women Forum, Nasarawa State chapter has began massive mobilisation for Bola Tinubu and Gov. Abdullahi Sule for second term.

The group held a really on Monday in Lafia, Nasarawa State capital in support of Tinubu for President and the reelection of Gov. Sule of Nasarawa State.

Speaking at the occasion, Mrs Alice Cypril-Wakama, Nasarawa State Chairperson of the group said the support for the two candidates of All Progressives Congress (APC) was because of their track records of achievements.

The leader of Progressives Women Forum in the state described the Presidential candidate of APC as a detribalised Nigerian, who has been tested and proven to be trusted.

She explained that when Tinubu was the governor of Lagos State, he appointed competent persons in his cabinet from different states and region because of their capacity to help him develop the state.

“Tinubu mentored them and today, most of them are highly placed at various levels as ministers, governors and even the Vice President of the country and they are making the nation proud.

“He also developed the internally generated revenue of Lagos that today, even without allocation from the federation account, Lagos can sustain itself,” she added.

On the strides by Gov. Sule, the leader of the group said peace and security had returned to Nasarawa State since he took over as governor in 2019.

She added that the governor had also implemented over 13 years outstanding promotions of civil servants, implemented N30, 000 minimum wage and employed more than 3,000 teachers.

She listed some of the roads the governor constructed to includes Shinge road, Abuja and Al-Makura streets roads in Lafia, Udege road in Nasarawa, Farin-Ruwa road in Wamba, the ongoing dualisation of roads in Lafia and Keffi.

She called on women and youths to shun politics of sentiment and vote for the candidates of APC in all elections.

Mrs Cypril-Wakama therefore said the group would campaign door-to-door and from community-to-community to ensure the victory of their candidates.

Similarly, Jenifer Joseph, Organising Secretary of the group said their support for the Presidential candidate and the reelection bid of Gov. Sule was based on their records, capacities and capabilities to deliver.

She said people should campaign on issues and stop talking about age, as it is never a prerequisite for success of leaders anywhere and Nigeria cannot be an exception.

She therefore assured the women that their candidates would carry women along in their administration to enable them contribute to the development of the country.