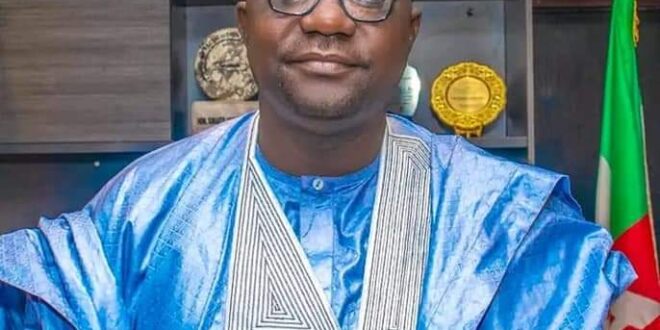 A group under the aegies of Kwantamania Political Movement for the re-election bid of Gov. Abdullahi Sule of Nasarawa State has offered free medical services to 1,500 indigents at Akwanga Local Government Area (LGA) of the state.

Speaking at the commencement of the exercise on Thursday in Akwanga, Yakubu Kwanta, leader of the group said the outreach was to complement the effort being made by the governor to improve the health conditions of the people.

He explained that over 100 medical personnel ranging from Doctors, Nurses, Pharmacists and Lab Technicians were engaged for the three day exercise.

Kwanta who is also the Commissioner for Environment and Natural Resources, explained that whatever medical challenges discovered in the course of the consultation would be treated free of charge.

He added that 136 beneficiaries were selected from each of the 11 electoral wards of the LGA irrespective of political affiliations.

“The beneficiaries were carefully selected based on the health challenges they are being faced with, without any sentiment of tribe, religion or political party.

“We have profiled them and we will try to ensure that the state government include them in the health insurance scheme of the state to continue to benefit from medical services,” he added.

The Commissioner therefore, urged the people to conduct themselves in a peaceful manner to avoid rancour and assured that all of them would be attended to.

Given outdate on the exercise so far, Dr Grimah Vechu, led Doctor said over 30 doctors, over 30 Nurses, over 15 Pharmacists, 15 Lab Technicians were on ground for the exercise.

The led Doctor added that from Wednesday that the exercise started to Thursday, over 50 minor surgeries were carried out and 500 medical consultations were conducted.

He said by the grace of God all the 1, 500 persons would be attended to by Friday.

In his Goodwill message, Gov. Sule commended the group for the initiative, aimed at taking care of people who cannot afford to their bills despite health challenges.

According to him, healthcare services is one of the topmost priority of his administration, which is why the state had since started State Health Insurance Scheme to ensure affordable health services to the people.

Gov. Sule said over over 61, 000 persons were so far enrolled and are benefiting from the state health insurance programme.

He added that the government would do everything possible to ensure that all the people of the state capture as beneficiaries in the health insurance programme because health is wealth.

“I have approved over N300, 000 million just yesterday to the State Health Insurance Agency as our contribution and to enroll more people in the state.

“The government will continue to release its own contribution to ensure the smooth running of the health insurance programme in the state,” the governor added.

Mr. Yakubu Ibrahim, a beneficiary who spoke on behalf of others, expressed gratitude to the group and state government for the gesture and appealed to other spirited individuals and groups to emulate the group.