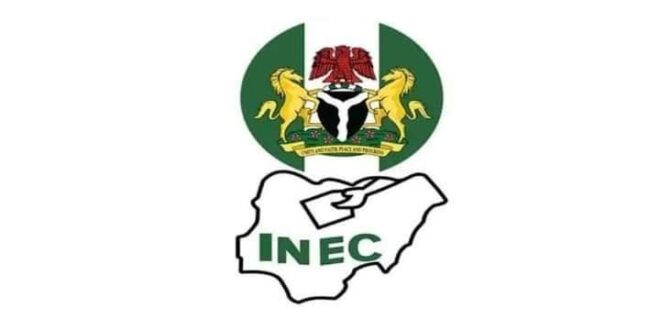 Frontline Pro-democratic and civil society organisation- HUMAN RIGHTS WRITERS ASSOCIATION OF NIGERIA (HURIWA) has asked the Independent National Electoral Commission (INEC) to annul the Ekiti State governorship election that began on Saturday morning because of overwhelming evidence of financial inducements, corruption of the electoral process and absolute compromise of the ingredients of a free, fair and transparent election.

HURIWA condemned the major contenders for the position of Governor of Ekiti State for their alleged involvement in the compromises and criminalisation of the electoral process in the State which the Rights group maintained has vitiated the constitutional principle of respecting the will of the electorate which the group said can no longer be attained going by the widespread reports of brazen and open trading, buying and selling of the votes of the electorate even as the Police and other law enforcement agencies are also bought over.

HURIWA is miffed that even Biodun Oyebanji, the governorship candidate of the ruling All Progressives Congress, was captured by an eagle-eyed media practitioner allegedly giving money to an electorate at his polling unit at ward 06, unit 03, Ukelele Area of Ikogosi-Ekiti.

Oyebanji reportedly gave money to the electorate while voting was ongoing just as he arrived at his polling unit alongside his wife.

The Rights group in a statement by the National Coordinator, Comrade Emmanuel Onwubiko asked the Economic and Financial Crimes Commission to arrest the candidate of the APC and for the electoral commission to cancel the poll because whatever results from a process that is muddied by corruption and bribery can’t be said to be credible, free and fair nor can it be classified as transparent. HURIWA carpeted the EFCC for lacking good enough intelligence to stop this distortion of the electoral process in Ekiti State.

HURIWA also noted that members of her association that voted in the exercise reported widespread buying and selling of votes by the major contenders such as the APC, SDP, and PDP even as the Rights group mentioned that evidence abound in the media and from credible sources of how agents of mostly the All Progressives Congress went about negotiating, buying and paying openly for votes even as some voters were seen arguing about the fact that some polling agents of the APC failed to pay them the agreed sum after they cast their votes for their candidate as negotiated.

HURIWA in a media statement by the National Coordinator Comrade Emmanuel Onwubiko said the only credible line of action by the Independent National Electoral Commission to take immediately is to annul the election and reschedule another fresh poll during which time proper security vetting of the security apparatuses and security persons to monitor the electoral process and ensure zero tolerance to bribery and mortgaging of the electorate. “If INEC doesn’t cancel this immoral and open buying and selling of ballots, then INEC itself is compromised heavily”.

Previous Concession: FG Must Not Hand Over 17 Airports To Cronies, HURIWA Warns
Next 2023: My Detractors Make Me Popular, Says Kantigi