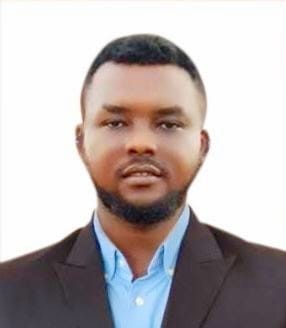 Gunmen suspected to be Armed Bandits have attacked Maijaki village in Birnin Maza/ Tashibo ward of Lapai local government area of Niger state killing a Businessman and abducting thirteen others.

The incident according to reliable sources occurred in the early hours of Friday when the residents were asleep and woken up by sudden sporadic shootings.

The 42-year-old Businessman identified as Ebele Ojogbo according to one of his neighbours, Ibrahim Ebbo was attacked by two persons suspected to be Fulani herdsmen in his home.

According to him “I heard them speaking Fulani language, they scaled through the fence of his compound, broke into his home and snuffed life out of him.

“I was awakened by the sound of gunshots and screams and when I looked through my window, I saw many of the bandits but two men jumped out of Ojogbo’s compound onto a waiting motorcycle and sped off.

“When we came here a few minutes after they had left, we saw Ojogbo lying in a pool of blood, and he was already dead by the time we got there”.

It should be noted that, three days earlier, bandits had sent letters threatening to attack the area, which according to a reliable source was dropped in Vulegbo village.

Corroborating the attacks, another neighbor, Abdullahi Yunusa told our reporter that the community is in high tension following the attack adding that, “Ojogbo had suffered untold hardship from constant death threats from suspected herdsmen which made him relocate from Abuja only to be tracked and killed here”.

According to Yunusa, the late Ebele Ojogbo had disclosed to him that his brother, Tonte Ojogbo fled to the United States under similar circumstances.

In his words: “Tonte was also a victim of these Fulani herdsmen threats and attack until he fled Nigeria in 2017 after an attack which nearly cost him his life”.

The spokesman of the Niger State Police Command, ASP Wasiu Abiodun, could not be reached for reaction on the development as he said he is out of town for the Senior Police Officers Conference and Retreat in Owerri, Imo State, but promised to get back to our Correspondent once he gets information about the attack.

However, the Niger State Governor Abubakar Sani Bello in a statement signed by his Chief Press Secretary Mary Noel Berje tasked the Joint Security Taskforce to urgently put an end to the incessant armed banditry, killings, kidnappings and wanton attacks.

The Governor while describing the recent attacks, killings and the abduction of unspecified number of innocent people as callous, inhuman and condemnable assured that he will do everything humanly possible to secure the release of those abducted and also ensure that all those who fled during the attacks returned to their homes.
END