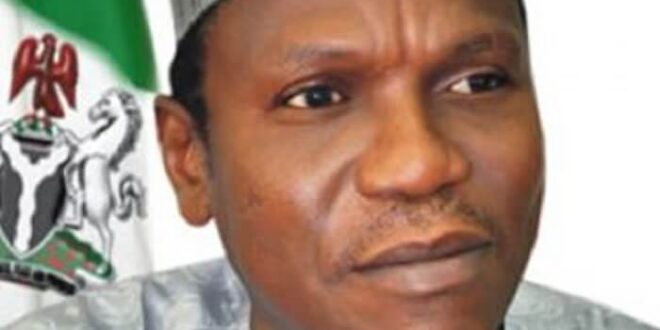 How NDE Is Fighting Unemployment In Nigeria

How NDE Is Fighting Unemployment In Nigeria

The National Directorate of Employment(NDE) recently took journalists around some of her Skills and Vocational centres in the country, MOSES JOHN who was on the entourage reports.

In a bid to curb the menace of unemployment in Nigeria, the Babangida administration in 1986 established the National Directorate of Employment, and its programmes were launched nationwide on 30 January 1987.

The directorate was statutorily mandated through decrees No. 34 of 1989 to among others design and implement programs to combat mass unemployment and articulate policies aimed at developing work programs with labour-intensive potentials.
However, to actualize its mandate, the Directorate launched four well-articulated programmes. These programmes were National Youths Employment Programme, Small Scale Industrialist and Graduates Employment Programmes, Special Works Programme and Agricultural Programmes.

Speaking on the mandate of the directorate, the Director-General of NDE, Malam Abubakar fikpo said there are lots of programmes undertaken by the organisation that unemployed Nigerians can take advantage of.

He said the directorate believes that it is a fact that the negative effect of unemployment touches virtually all households in the country.

According to him, “Every household feels the negative impact of unemployment in this country. We believe that the support we are receiving from the government to impact the lives of unemployed Nigerians as well as those living in serious poverty. We believe that if they can come to us, we should be able to go to them. We should be able to educate them at their doorsteps about the opportunities that there are in government which we believe they can take advantage of either be gainfully self-employed or wage employed Nigerians.

“Although we have structures in all states of the Federation, and we try to reach out by establishing our presence in all the local government areas, we believe that the media is one effective partner with which we can collaborate to enlighten the people out there to educate the people out there, to believe and spread the activities NDE has been doing”.

The DG further said “We have sat with some of you, and have spoken with some of you as well but I believe that it is said seeing is believing. So today you have seen it all. You have seen that those Nigerians have acquired skills and those who are undergoing training are doing it and are committed to doing it and that is what we have been trying to showcase. 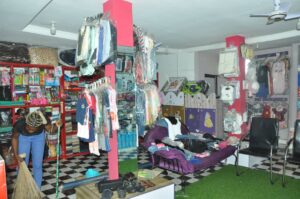 “But the truth is the government cannot do it all. The exercise today and the activity you have embarked upon will showcase the fact that these people are learning, some of them have learned and some of them have graduated. And so people, families, relations, friends and organizations can have confidence in graduates of the NDE training programs and support them with loans, grants or capital for their business or business expansion”.

On the need for government to increase funding so that the directorate can do more, Mallam Fikpo said ” globally, we have this economic meltdown and the effect still leaves with us but that does not stop us from planning and proposing.

“We have been sourcing, we have been linking our participants to financial establishments, to financial organizations for them to be able to access fundings. We do not believe that we can provide them with the necessary capital which is why we provide linkage for them. We link them up with CBN, we link them up with other organizations NIRSAL and so on so that they can access funding.

“Aside from that, we have just had a collaboration with the World Bank. Through that project, after training the World Bank supported each of them with a maximum of 250,000 naira each. So we have our window of collaboration aside from the fact that the NDE also provides little funding. We have a window of collaboration with government agencies, private institutions, even philanthropists, and other Nigerians who are willing to support the people around them. So we do that and we have the proposal to ask the government to please raise or review our budgetary provisions for us to be able to accommodate. But don’t forget. One of the things the NDE believes in is not given these finances No. We want to change the mentality of unemployed Nigerians. Yes, it’s good to get the certificates, but it’s also good to have skills.

“So we want the attitude of unemployed Nigerians to change because we keep saying that certificates will not pay your bills. But your hands are ready-made tools for you. The moment you acquire skills, you can go to fend for yourself. You can have something to do. So it is for people to believe that there are no jobs.

Also speaking, some of the beneficiaries of the NDE while commending the directorate for the training, appealed for more funds to enable them to expand their businesses.

Mr Christopher Kadri. who owned a Bakery said “I started a few years ago when I had to resign from the company I worked for before, to set up a pastry house. I started by making snacks and from there we chose to tow the bakery line which we started gradually on a very small scale then. As time went on I heard that NDE had a window for entrepreneurs to benefit from and we were able to secure a 5 million naira loan from NDE which we used to do the expansion.

“We started from a rented place, but with the support and drive of the NDE, we were able to buy a place here and put up this structure. Over the years we have been doing it, and right now, we have 21 direct staff and up to ten marketers and we have been coping.

“We have been paying back, but NDE decided to slow down due to the situation of how things are now. That is the break we are enjoying. We look forward to clearing the outstanding.

“My advice to Nigerian youth is that they should be all up and doing. there is no food for the lazy man like we say in the local palace. Nigeria is a big country. Whatever business you set your mind to you just need to start and it will grow from there. As it grows people will look at what you have done, and you become a role model”.
Victoria Grimah of Kids wonders shopping centre in Lafia Nasarawa state explained that starting a business of any kind requires hard work and determination.

She told the media that, before she approached the NDE for a loan, she has the business concept and all that needed was funds to push into, but nobody out there was ready to give her the money.

According to her, “I started a saloon with an initial capital of N60,000 only which the NDE gave me.

“I applied for a loan of N150,000 from the National Directorate for Employment (NDE) here in Lafia, but they approved N60,000 for me in 2009. With the assistance I received from NDE, I had to talk to them about why I needed more money and they later gave me N150,000”