Breaking News
Home / Info.... / How Not To Defend Colonialism In Africa 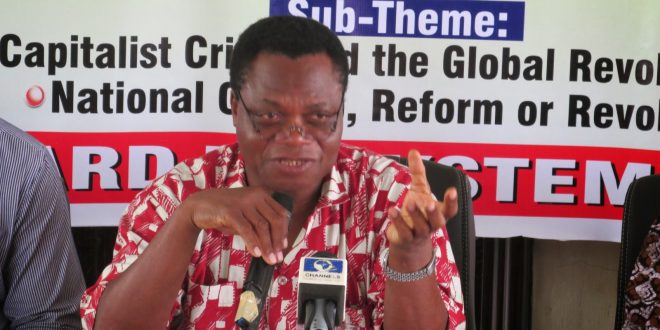 How Not To Defend Colonialism In Africa

RE: “The Imperative of Economic Recovery: How can the Resolution of the Sahara Issue Strengthen Africa’s Regional and Continental Integration?”.

The attention of the Nigerian Movement for the Liberation of Western Sahara (NMLWS) has been drawn to a Communique issued by Imani Center for Policy and Education, a “think thank” as the outcome of a Seminar held in Accra, Ghana, titled: “The Imperative of Economic Recovery: How can the Resolution of the Sahara Issue Strengthen Africa’s Regional and Continental Integration?”. Published in The Guardian Online edition (Nigeria), 29 July, 2021.

The Seminar aims “to debate and discuss the African Union’s current challenges in an Objective, Scientific, and dispassionate manner, in the context of a highly intellectual and fact based exercise with credible experts and influential decision makers”.

A very serious problem is that the Communique falls very much short of the criteria of objectivity, scientific merit, and dispassionateness which the authors claim on their own behalf.

The Communique is intellectually unsound, politically weak, historically out of place, unjust in political morality, it demonstrates huge ignorance of the history and contemporary issues around which the issue of Western Sahara is being discussed world-wide.

In this response, we are forced to go into history, which is important for the just resolution of the Western Sahara issue.

In this regard, the right of the people of Western Sahara to a referendum for self-determination has been reaffirmed by both the General Assembly and the UN Security Council as well as by the International Court of Justice.
Morocco has never acquired the status of an administering Power of the territory of Western Sahara in terms of Article 73 of the UN Charter.

The UN list of non-self- governing territories confirms that after the withdrawal and abandonment of responsibilities by Spain on 26 February 1976, Western Sahara has not had any other administering power.

With regard to Morocco’s claims of sovereignty over the Territory of Western Sahara. It should be recalled that on 16 October 1975, the International Court of Justice (ICJ) issued an Advisory Opinion that denied the claims of Morocco and Mauritania and affirming the right of the Saharawi people to self-determination under international law.

One of the issues over Western Sahara on which the Court (ICJ) was requested to provide an Advisory Opinion by the UN General Assembly was the legal ties between Western Sahara and both Morocco and Mauritania.

The ICJ found that both Morocco and Mauritania never displayed any effective and exclusive activity in Western Sahara. Both countries therefore failed to establish any tie to territorial sovereignty over the Territory of Western Sahara.

The Court concluded that it had “not found legal ties of such a nature as might affect the application of resolution 1514 (XV) in the decolonization of Western Sahara and, in particular, of the principle of self-determination through the free and genuine expression of the will of the people of the Territory.” Accordingly, the UN Security Council called upon Morocco to withdraw from Western Sahara when it occupied the Territory on 31st October 1975.

In view of all these, the Western Sahara is a question of decolonization and therefore cannot be settled and should not be settled without the granting of the inalienable right to self-determination (decolonization) for the Saharawi people.

From all we have seen, the so called Moroccan plan of autonomy is neither credible nor serious, it is a historical fraud hinged on the false premise that Morocco owns the sovereignty of the territory.

In sincere appraisal, the Communique by Imani Center is deficient not only on the right of people to self- determination, it falls very short of legal and political theory of ownership, it is an intellectual fraud passed on as an objective exercise which you know the aim is to sell an unsellable idea.
Concerning the claim that the participants highlighted the necessity of finding a realistic and definitive solution – the question arises – What is a realistic political solution? Is it one that confines the Saharawi people to accept the injustice, the deprivation of liberty and self-determination that is now their reality? This will amount to asking the Saharawi people to deny their own humanity. If you mean by “realistic” is whatever Morocco is ready to impose on them, that is absurd. It is a slave-master’s realism- accept your subjugation for it is real, – a pun on the term ‘realistic’. The proposal by the oppressor is unacceptable. We are not in the era of slavery.

On the call by the participants in the Seminar for AU to rebalance its position on the issue of Western Sahara and play a neutral role… What is the neutral position between justice and injustice? There is none. Being neutral on the issue of the freedom of a people is itself morally wrong. Why should AU play a neutral role? between colonization and natural liberty, oppression and freedom, truth and falsehood, justice and injustice.

The position of the AU is well spelt out as the Saharawi Arab Democratic Republic (SADR) became a Member State of the Organization of African Unity (OAU) in 1982. It should be recalled that membership to the OAU was open to any independent sovereign African State. The admission of SADR to the membership of OAU in 1982 signified that more than half of Member States of the OAU recognized Western Sahara as an independent sovereign African State.

It should also be recalled that one of the purposes of the OAU was to eradicate all forms of colonialism from Africa. Accordingly, the SADR is one of the founders and a member of the African Union, the successor organization to OAU.

The occupation is against the spirit of the founding objectives and principles of both the OAU and the AU. By the provisions of the Constitutive Act of the African Union Article 3 and 4, Morocco should have been kicked out of the AU. The African Union should not play a neutral role in sustaining colonial rule.

Furthermore, the Court of Justice of the European Union in its judgment on- The Fisheries Agreement concluded between the EU and Morocco is valid in so far as it is not applicable to Western Sahara and to its adjacent waters . If the territory of Western Sahara were to be included within the scope of the Fisheries Agreement, that would be contrary to certain rules of general international law that are applicable in relations between the EU and Kingdom of Morocco, inter alia the principle of self-determination.
It is incredible to believe that the participants in the Seminar- called on the African Union to play a neutral/ dispassionate role in the struggle between the colonizer and the colonized. Definitely, Kwame Nkrumah, Sekou Toure, Amilcar Cabral, Nelson Mandela, Julius Nyerere, Samora Machel, Gamel Abdul Nasser would be turning in their graves if they were to read this.
For human moral agents, there should be no neutral positions between historical justice and injustice.

The claim of the authors of the Communique to be objective, scientific and dispassionate is questionable. It is deeply troubling that an organization like the Imani Center for Policy and Education would allow its platform to be used by the Kingdom of Morocco for pecuniary gains despite all available facts on the Saharawi issue.

It goes without saying that the resolution of the conflict between the Saharawi people and the Kingdom of Morocco over Western Sahara would contribute to the regional and continental economic integration of Africa.

However, the just resolution of the question of Western Sahara is the implementation of the SETTLEMENT PLAN enunciated in 1991 by the United Nations and the Organization of African Unity and agreed upon by both Morocco and the Polisario Front in 1991. ANY SOLUTION not based on the history of Western Sahara and political principle of the right of all nations to self- determination will not resolve the question of Western Sahara. Historical justice will be done when the Saharawi come to rule themselves in a Saharawi State. This is where we stand.

The Nigerian Movement for the Liberation of Western Sahara (NMLWS), wishes to use this opportunity to reiterate its unalloyed support to the people and Government of the Saharawi Arab Democratic Republic.
Viva SADR! Viva Nigeria!! Viva Africa!!!

Dr. Dipo Fashina
Coordinator NMLWS
For and on behalf of the Nigerian Movement for the Liberation of Western Sahara (NMLWS)
E-MAIL: saharawiliberation.nigeria@gmail.com