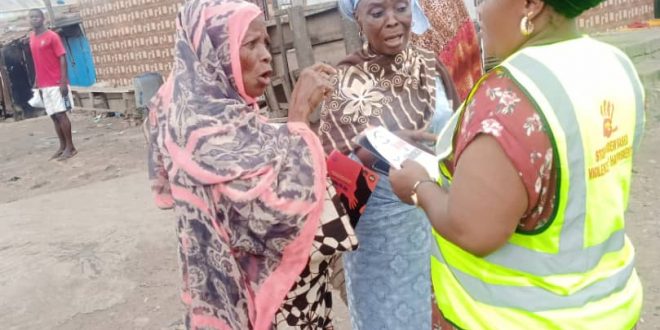 Child Labour: Nigeria Is Sitting On A Time Bomb-Facilitator From Mathew Jwantu,
Minna
Facilitator at the 4-day Stepdown Workshop organized by the Federal Ministry of Labour and Employment (FML&E) and the International Labour Organization (ILO) for staff of National Orientation Agency (NOA) and Media practitioners in Niger state, Chinwendu Nnadozie has cautioned against increasing child labour and its worst forms.
Nnadozie regretted that, many Nigerian children today are denied quality education, lack of parental care and support, these and many more according to her are indications that the future of the country is very bleak if nothing is done, and urgently too to check the trend.
“Many under-aged children instead of being in school work in mines where they are paid peanuts by their masters, what this simply mean is that Nigeria will have more uneducated and unskilled youths in future and that is why the campaign against child labour”.
Nnadozie who spoke on the topic, ‘Investigative Journalism a tool for eradicating Child Labour’, encouraged fellow journalists to target their reports at unravelling papetrators of Child Labour and bring them to book through indebt investigation to serve as deterant to others.
Concerted efforts should also be made to engage relevant stakeholders, including religious and traditional rulers on the need for general re-orientation among families, communities and as well political leaders on the need to end child Labour at grassroots level.
Security challenges Nigeria is grappling with today is basically due to neglect of children of yesterday who are today adults, adding that, “If we fail to get it right or correct it today by ensuring that children are properly cared for, we will be having bigger trouble tomorrow”.
“It is not just about blaming the government for everything but we need family reorientation. We are looking out for people with positive mind to change the naratives, eliminate child labour from the different segments of the Nigeria society”.
With available reports on how children are being used as cheap labour by miners, couples and even some religious leaders, it is clear that Nigeria is sitting on time bomb with the number of uneducated and unskilled labour if nothing is done and urgently too to check the trend.
Also speaking, Accelerating Action for the Elimination of Child Labour in Supply Chains in Africa (ACCEL AFRICA) Project representative, Mrs. Betchi Wamyil-Adagadzu observed that, when children are not properly taken care of today, they turn out to become problems tomorrow.
“The message is simply, parents/guardians should not fail in their God given responsibility of taking change and caring for their children. It will simply result in system failure tomorrow when it is thier time to lead”, Betchi said as she emphasized on the need for the media to sensitize Nigerians on the impending dangers ahead.
“After this stepdown workshop, I expect to see journalists make positive noise by also Stepdown what they have learnt in the past four days to thier immediate families, environment, community and to members of their associations to see that there is a positive behavioural change on the elimination of child Labour in Nigeria”.
While calling on the federal, state and Local Governments to strengthen its political will towards eradicating Child Labour, Mrs. Betchi encouraged religious leaders and traditional rulers to work hand in hand with all other relevant stakeholders to achieve desired objectives.
Also speaking, desk Officer, Child Labour Unit, FML&E, Alhaji Alhassan Adamu Mohammed expressed dismay that most of the children working in various sectors of the economy are either victims of trafficking, forced or bounded labour subjected to both national and international flows, mostly within the ECOWAS region.
He lamented that children within school age of, 11-15 are involved in various dangerous activities such as digging on mining sites, breaking, chiseling, heating, cracking, crushing, hammering, excavating and carrying of stones dust and sands, hense they are exposed to the inherent hazards.
In addition to the existing National Laws in 2012, Alhassan said the Federal Executive Council recently approved some key policies which he said includes; National Policy on Child Labour, National Action Plan for the eradication of Child Labour in Nigeria and a comprehensive list of hazardous work.
Other measures against Child Labour by the government are; the extablishnent of National Steering Committee on Child Labour (NSCCL) by the FML&E in collaboration with United States Department of Labour (USDOL) through the US Embassy Labour Attache on the eradication of Child Labour.
The National Reporting Template on the NAP has been developed with the relevant stakeholders across the 6 geopolitical zones of Nigeria to be trained on its applications for performance evaluation and measurement by the FML&E.
“The ministry participated at the Technical Workshop for ECOWAS members States on the guidelines for the implementation of the ECOWAS Steering Framework for Strengthening National Child Protection Systems at Line, Togo from 1st -5th of April, 2019”, he said.
According to him, “The FML&E in collaboration with ILO and Government of Notherlands organised a workshop on ACCEL AFRICA for Cocoa farming and Gold mining in Ondo and Niger in July, 2019”.
He expressed optimism that the ongoing social Investment programme of the Federal Government like N-Power Conditional Cash-transfer, Tradermoni among others will help in curtailing the manace of Child Labour in Nigeria.
“The ministry also developed and produced jingle on the evils and ills of Child Labour and the need for its elimination. All these measures are practical demonstration of the federal government’s commitments towards the elimination of child labour in the Country”.