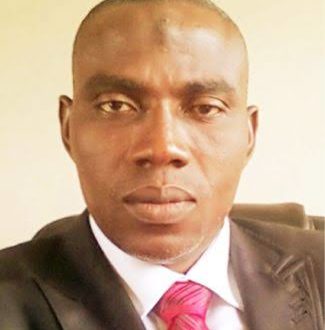 The Colleges of Education Academic Staff Union (COEASU), has asked Federal Government and the relevant authorities to address the non payment of salary of their members to avert possible breach of industrial harmony in the country.

President of the union, Comrade Nuhu Ogirma in a statement Tuesday in Abuja said there were speculation that it was due to system collapsed at the Intergrered Personel Payroll Information System office.

Comrade Ogirma said this has further lay credence to the position of the union that the platform is fraudulent due to unilateral manipulation of the platform by operators.

“Recall that members of our Union had been opposed to the enrolment of academic staff of colleges of education on the obnoxious pay platform, IPPIS, until December, 2019, when it was imposed. Quite a substantial development has occured since the utilization of the platform to effect payment of salaries since February, 2020.

“The system could be, ipso facto, fraudulently tinkered with to increase the pay-pack of an individual. This further suggests, without equivocation, that the claim in our earlier objection, i.e. that it’s possible for its handlers to enrol non-staff on the pay-roll of any College is much more real than imagined.

“For instance, the non-payment of April 2020 salary, as at 11th May, has been attributed to system failure, in spite of what the Office of the Accountant General of the Federal (OAGF) would want Nigerians believe! Credence to this rumour has been tacitly given by the non responsive attitude of the appropriate officers of the office to our enquiries for clarification, until Monday, 11th May.

“If the speculated system collapse was not the cause of the non payment of April salary as at 11th May, then what was the cause of the delay? Was it a deliberate attempt to cripple teachers at this level? Why were attempts at seeking clarification not responded to as appropriate? Why would the government not offer explanation to issues of deprivation, denial of right to means of livelihood, such as this”.

The COEASU president further lamented that salaries of members of the union who were on sabbatical as well as atudies leave abroad was not paid.

“In spite of the promises of the IPPIS office, some of the staff on Sabbatical Leave have not been included on pay-roll. Same plight is being faced by some of our colleagues on study leave abroad, while some others, especially in FCT COE, Zuba, are yet to get their full salaries restored.

“Given the foregoing, we hereby call on the appropriate authorities to entrench the culture of prompt payment of salaries. This would assist, in no small measure, to cushion the effect of the harsh economic and social conditions that have become the reality of COVID-19 pandemic.

“Our members are also looking forward to the government to redress, without further delay, the challenges engendered by the imposition of IPPIS. Should they persist, the leadership of the union would have no option but convey an emergency session of the NEC to take appropriate industrial decision(s) towards redressing the situation”.