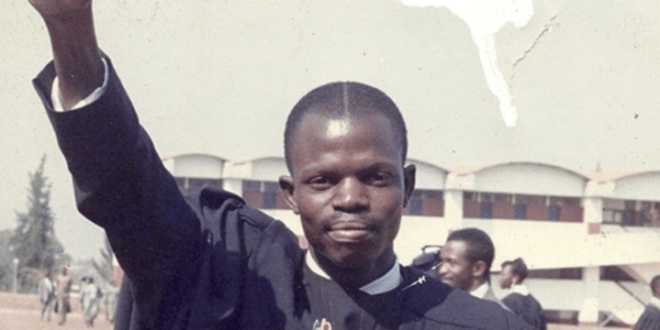 The African Regional Organisation of the International Trade Union Confederation (ITUC -Africa) has condemned the murder of Thulani Maseko and calls on the authorities in Eswatini to conduct a full and transparent investigation into his death and bring those responsible to justice.

According to a statement signed by ITUC Africa Secretary General, Comrade Kwasi Adu-Amankwah, the group said Meaeko murder is a blow to the promotion and protection of human rights and workers’ rights in the country.

While calling on the government of Eswatini to protect the rights of human rights defenders, trade unionise and Activists, ITUC also appealed to the international communities to support the protection of the rights of Eswatini people.

“The African Regional Organisation of the International Trade Union Confederation, strongly condemns the brutal murder of Thulani Maseko and calls on the authorities in Eswatini to conduct a full and transparent investigation into his death and bring those responsible to justice.

“We extend our heartfelt condolences to the Maseko family, the Mass Democratic Movement and the entire trade union family of Eswatini.

“Comrade Thulani Maseko was a true champion for workers’ rights and democracy in Eswatini. He possessed a fearless spirit and unwavering determination in the face of the oppressive King Mswati regime.

“Through his tireless efforts, Comrade Thulani Maseko has helped to raise awareness of the struggles faced by workers in Eswatini, and has been a leading voice in the fight for greater political and economic democracy in Eswatini.

“He has also been a strong advocate for the protection of civil liberties and human rights, and has worked to promote greater participation in the decision-making processes that affect the lives of people in Eswatini.

“The African Charter on Human and Peoples’ Rights, which Eswatini has ratified, guarantees the right to life, the prohibition of torture, and the right to freedom of expression, association, and peaceful assembly. Article 9 of the charter states that

“Thulani Maseko is an inspiration to all those who care about workers’ rights and democracy. His fearless spirit, dedication and courage has been a shining light in the struggle for justice and progress in Eswatini. May his blood, the sterling price he has paid for fighting for human rights and workers’ rights fuel the struggle for democracy, social justice, peace and security”.