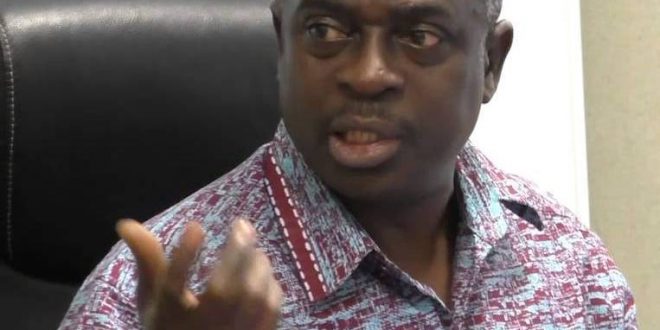 The African Regional Organisation of the International Trade Union Confederation (ITUC-Africa ) has demanded probe into the death of about 89 Kenyan Workers in Saudi Arabia.

According to a statement signed by the ITUC-Africa General Secretary,
Kwasi Adu-Amankwah, the group said the workers have died over the last two years in a suspicious circumstances.

The statement reads “this disturbing information is contained in a recent report submitted to the Kenyan National Assembly by the Foreign Affairs Ministry of that country.

ITUC-Africa affirms that this sad development is merely a highlight of a protracted abusive and exploitative practices perpetrated against Africans in Saudi Arabia.

In Saudi Arabia and other Middle East countries, many innocent Africans have been tortured to death while others have been subjected to slave-like working and living standards while legally working in that country and region.

Migrant workers (most especially domestic workers) in Saudi Arabia routinely suffer abuses that are mostly derived from the practices of the Kafala System, under which workers are tied to a single employer who alone can renew or terminate their residency and work status in the country.

Aside from experiencing forced and bonded labour, excessive working hours, delayed and denied wages as well as verbal and physical abuse, migrant workers have their passports regularly confiscated by abusive employers who act with impunity.

“We have it on record that Saudi authorities have told their Kenyan counterparts that most of the deaths of the 89 Kenyan workers were from cardiac arrest. ITUC-Africa finds this cause of such a high number of deaths improbable and suspicious.

“This appears to us to be a smokescreen to conceal the heinous conditions under which these innocent workers died. Besides, the Saudi authorities did not state any measures they have initiated or deployed to reduce this alarming occurrence. ITUC-Africa is therefore calling for an independent investigation into these suspicious deaths.

“As minimum measures to curtail abuse and exploitation of migrant workers in Saudi Arabia and the entire Middle East, ITUC-Africa joins the Kenyan labour movement under the umbrella of the Central Organisation of Trade Unions -COTU (K), in calling for the clamping down on recruitment agencies that do not meet the minimum requirements of an employment agency. We ask that the relevant Kenyan authorities continue to work at improving the regulation of the labour recruitment agency market in the country to rid it of corrupt and criminal-minded operators.

ITUC-Africa will continue to empower and support COTU-K and its affiliates to identify, name and report recruitment agencies that notoriously collude with top government officials, especially those who get registered without following due process and indulge in the falsification of documents for potential labour migrants.

Further, we support the call of COTU-Kenya to the Kenyan government to assist in solving this issue, by among other things, to:

▪ Consider championing the establishment of an African Labour Migration Governance Process similar to the Colombo Process that the Asian governments are using to further employment relations in the labour migration interface with the Gulf Cooperation Council (GCC) States and the larger Middle East;
▪ crackdown, prosecute and heavily sanction employment agencies indulging in unethical recruitment practices;
▪ explore its participation in the Abu Dhabi Dialogue (ADD) space to amplify the call for the reform of the kafala system akin to the inclusive, collaborative and effective manner that the Qatar State has undertaken;
▪ come up with employment generation policies and programmes that would create jobs for the teeming and youthful population. This will contribute to the reduction of desperation and other push factors that make labour migration a zero-sum game. They must be given choices at eking a living in safe, healthy and decent conditions.

ITUC-Africa will continue to monitor this development, especially to ensure that the Saudi Arabia authorities come clean on these many but avoidable deaths.