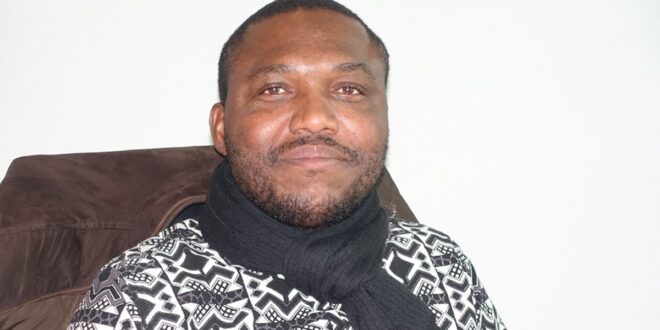 According to a statement by the acting spokesperson , Mfanafuthi Tsela, the group said comrade Thulani killing has shown the desperation of King Mswati to rule at all cost .

SSN further called on Swazis nation to unite with the view of resisting this tyrant of a King.

“This killing of comrade Thulani, is the clearest indication of the lengths to which Mswati will go, to cling on to power. However, never in the history of mankind has a determined people been defeated, no matter how mighty the enemy they are fighting. King Mswati will not defeat the people of Swaziland, no matter how many he kills or exiles. He will fall.

“Let this tragic death of Maseko serve as a springboard for unity and a collective effort in the fight against this tyrant. Let it galvanize the entire Swazi nation into united and determined action against this oppressive tinkhundla regime and all its traditional structures which it uses to oppress them.

“Let Mswati not rest but feel the wrath of a united Mass Democratic Movement working hand in hand, shoulder to shoulder. Let the entire Swazi nation rise in unison and fight against this oppressive regime of Mswati.

“The Swaziland Solidarity Network (SSN) mourns with the entire Swazi nation the tragic loss of this selfless defender of human rights and appeals to the entire world not to turn a blind eye to the plight of the people of Swaziland.

“Let the world help end their suffering at the hands of this psychopath masquerading as a monarch”.

Also the Deputy General Secretary of African Regional office of International Trade Union Confederation (ITUC-AFRICA), Comrade Akhator Joel Odigie told PEOPLEREPORTERS that the African workers and the Global Union Fraternity would get to the root of Comrade Maseko and many others killings .

He said ” the African workers and the global Trade Union fraternity will not take this assassination likely. We would do everything both legitimately, organisationally, politically, administratively possible to get to the root of it and much more to ensure that the struggle of Swazis people, Thulani Rudolf Maseko and many others who fought and were assassinated for will never go unavenged. That there cry for a just, peaceful, a multi democratic for Swatini is realise , that is where human rights, justice, peace and decent work prevail”.

Maseko spent his youth and adult life opposed to the oppressive royalist tinkhundla regime. In 2014 his deeply enlightening articles, published in a national magazine, landed him in jail for two years.

His article had exposed the manner in which the judicial system was heavily skewed and politicised. His bravery and selflessness won him the coveted Southern Africa Shield award, which is an award that honours “exceptional individuals who have contributed to changes in their community by peacefully promoting and protecting human rights”.

Following his release from prison, Maseko immersed himself into his passion, which was defending the rights of ordinary Swazis against the openly oppressive king Mswati regime. He was held in high esteem by his peers in the legal fraternity as a member of the Lawyers for Human Rights and the Southern Africa Human Rights Defenders Network.

Consequent to the bloody June 2021 unrest in which the Swazi state’s armed forces massacred over eighty unarmed Swazis, Maseko was elected to be the chairperson of the Multi Stakeholder Forum (MSF), a forum composed of various civic groups.

He held this position until he was brutally executed on the very same day that the king had arrogantly proclaimed that he was indeed behind the executions of well know activists in the country via his hit squad of former Apartheid operatives.

Comrade Rudolf Maseko was assassinated few hours after Mswati had bragged about hiring mercenaries to defend himself against those opposed to his regime.
End.