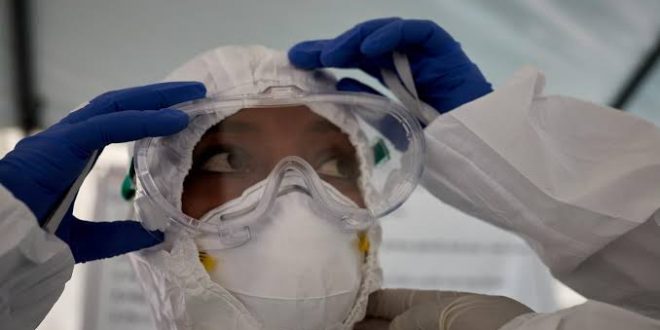 Following the disappearance of some quantity of food items designed as palliatives to the Limawa community in Minna the state capital of Niger, residents of the affected community are force to raised the rhetorical questions whether to called the dreaded corona virus as COVID 19 or COVID 419.

Our correspondent who went on fact finding mission gathered that
Chanchaga local government council in Niger state has begun investigation into the matter and the report will be submitted on Wednesday.

The local government security committee was assigned with the task of unraveling how some of the goods disappeared after being presented at the headquarters of the Limawa ward.

Our correspondent also gathered that apart from one bag of rice given out to each of the 9 member distribution committee not less than 13 bags of rice, 14 bags of millet and 15 bags of maize in addition to several cartons of spagethetti disappeared from the bulk initially brought to the ward for distribution.

It was gathered that bubble burst when the vice chairman of the local government who incidentally is from the community discovered some of the items in the market displayed for sale.

The vice chairman raised the alarm to the chairman of the local government council who apart from asking for the issue to be investigated reported the matter to both Governor Abubakar sani Bello and the state chairman of the Covid: 19 Task force because it was alleged that a member of the task force was involved in the illegality.

Niger state government it will be recalled gave the Limawa ward in Chanchaga local government area following the discovery of a coronavirus positive case in the area.

As a result the government isolated the almost 500 man strong community and also gave the area special preference in the distribution of palliatives.

When contacted the chairman of the Chanchaga local government council Alhaji Ibrahim Abubakar Bosso confirmed the story and the setting up of a committee to investigate the matter.
Bosso said the committee will submit its report soon.