Andrew A.A November 3, 2019 Business Comments Off on JUSUN To Shut Down Nasarawa Court Over Illegal Deduction of Members Salaries 129 Views 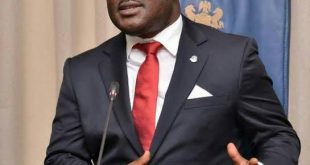 
The Judiciary Staff Union of Nigeria (JUSUN) on Sunday issue two weeks Ultimatum to the Governor of Nasarawa State, Engr Abdullahi Sule to resolve  the lingering industrial dispute in the state judiciary over illegal deduction of workers salaries in High Court or face total shut down of the State judiciary
According to a communique issued after an emergency National Executive Council( NEC) meeting of the union in Abuja, the union described as unacceptable the sacking and subsequent reinstatement with stringent conditions of her 21 members by the state Judicial Service Commission (JSC). The communique which was signed by the president Comrade Marwan Mustapha Adamu and General Secretary, Isaiah M. Adetola also urge President Muhammadu Buhari to ensure the full implementation of financial autonomy of states Judiciaries in the country. The NEC also constitute   a three man Committee headed by the National legal adviser of the union,  Comrades Mohmud M. Amin Esq, Saidu Magaji, National Assistant Secretary as the secretary, and Comrade Jimoh Musa Alonge, the national treasurer as members to interface with the  Governor based on his intervention to bring a total resolution of the crisis in the state judiciary.
The Committee which  is under the supervision of the National president, comrade Marwan Mustapha Adamu have  the mandate to shut down the Nasarawa State judiciary at the expiration of the two weeks Ultimatum.
The union also commended both NLC and TUC in the state for their efforts by taken over the matter, as the saying goes “an injury to one is an injury to all”.
On the new minimum wage, the union while commending the stakeholders for the resolution of issue, urged Governors and other stakeholders to ensure prompt implementation.
The communique reads in part “the NEC in Session commends the leadership of the Organised Labour in the Country for successful conclusion of negotiation on the consequential adjustment of the National Minimum wage and urges all State Governors and other appropriate authorities to implement same.

“NEC in Session calls on the President of the Federal Republic of Nigeria President Muhammadu Buhari, GCFR to ensure the full implementation of the financial autonomy of the States Judiciaries.
“NEC in Session condemns and rejects the conditional re-instatement of our members by the Judicial Service Commission of Nasarawa State headed by the Chief Judge, Hon. Justice Suleman Umaru Dikko despite the intervention of His Excellency the executive Governor of Nasarawa State Engr. Abdullahi A. Sule, and the Emir of Lafia Muhammad Dauda Sidi Bage I, and further request that the Chief Judge should not preside or take part in the JSC meetings whenever JUSUN matter is being discussed because he is an interested party in the matter.
“NEC in Session also condemns the omission and illegal deduction of salaries of JUSUN members in Sokoto State by the Salary Harmonization Committee, set up by the Sokoto State Government and therefore, urges the State Government to as a matter of urgency do the needful in order to avoid industrial disharmony in the State.
“NEC in Session also frowns at the unconstitutional dissolution of the Judicial Service Commission members in Cross River State and the inauguration of new members when the tenure of the dissolved members has not expired as they have served only less than two (2) years”. The Academic Staff Union of Polytechnics (ASUP) has dragged the Governor of Abia State, Okezie …