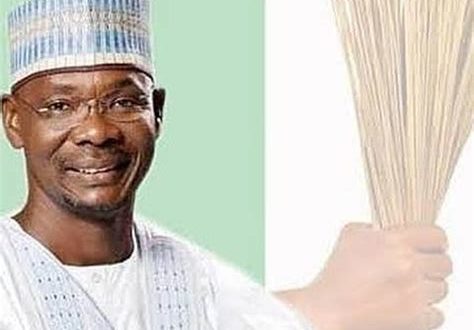 Some residents of Keffi Local Government Area (LGA) of Nasarawa State on Sunday, applauded Gov. Abdullahi Sule for the commencement of work on the dualisation of two township roads in the area.

A cross section of residents spoke to members of the Nigeria Union of Journalists (NUJ), who were in Keffi as part of a state-wide tour to inspect projects executed by the state government.

The residents said that the commencement of work on the dualisation of the roads had brought great relief to the people of the area and would go a long way to decongest traffic jams as well as open up the town.

The work on the dualisation have reached 80 per cent completion as at the time the team of journalists on a state-wide tour visited the area.

Malam Mohammed Shaibu, State Trustee of the state chapter of National Union of Road Transport Workers (NURTW), commended the governor for commencing the work and described them as legacy projects.

He explained that the governor had proven to be a person that truly have a vision to transform the state to catch-up with other states with infrastructures to better the lives of the people.

He said the expansion of the road is very significant and would boost economic activities, address the problem of traffic jam as well as reduce the rate of road crashes in the town.

Also, Iyal Hassan, a commercial driver, expressed gratitude to the governor for the dualisation of the roads, saying it would go a long way to reduce the rate of road crashes in the area.

Mrs Rosemary Joseph, a pretty trader said the dualisation of the roads and execution of other projects by the governor in the area is a dream come true for residents of Keffi and indeed the entire state.

“The narrow roads in the town had caused a lot of avoidable crashes where unfortunately a lot of people had lost their lives over the years.

“I am optimistic that the rate of crashes would reduce and we will record a lot of progress in Keffi when the work is completed,” she added.

He promised that the company would deliver quality job on the project within the stipulated one year five months.

He, therefore, appealed for a continue support of people of the area in order to deliver on the job.

On his part, Hon. Muhammad Baba-Shehu, Chairman of Keffi LGA lauded the governor for executing landmarks projects in the area.

Others according to the Chairman are; Keffi neighbourhood market, construction of Keffi Square with a modern museum, schools, Primary Healthcare Centres among others.