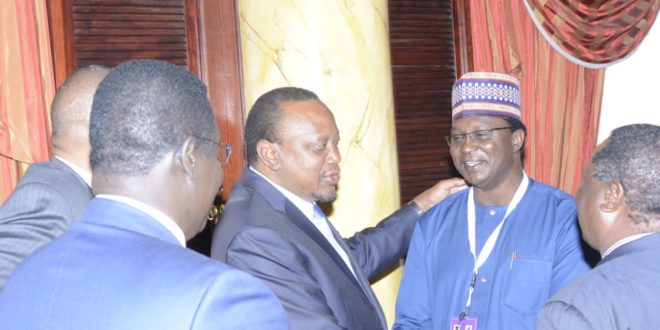 The Kenyan President made the pledge at General Council meeting of the Organization of African Trade Union unity holding in Nairobi, stressing that the annual grant of 200,000 US dollars will help advance the organization’s integration agenda.

Kenyatta who was the special guest of honor at the event posited that strong independent trade unions are pillars of democracy, progress, and prosperity.

NLC President, Ayuba Wabba, who also doubles as President of the International Union Confederation (ITUC) stated this in a short statement sent to journalists.

The President said it was disheartening to see Africans lose lives crossing the Mediterranean Sea to seek opportunities because the continent cannot come together and grow its own prosperity that would provide them employment and a future of hope.

He asked African labour organizations to be at the forefront in advocating for the free movement of goods, persons, labour and capital across the entire African continent saying, “this free movement within Africa was a large part of the dream that informed the formation of Organization of African Trade Union Unity in the year 1973; it should not be forgotten.”