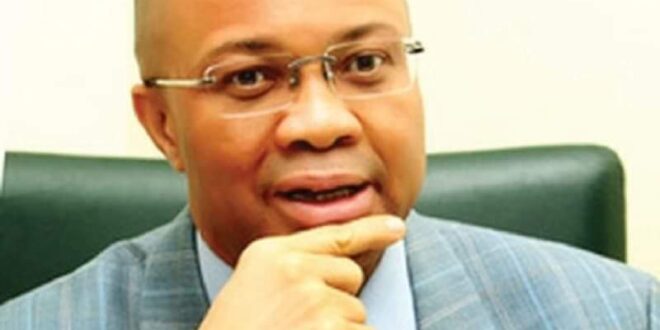 Director General of the Budget Office of the Federation, Mr Ben Akabueze, has said Prof Farooq Kperogi’s recent article in which he alleged that Vice President Yemi Osinbajo favours mostly members of the Redeemed Christian Church of God (RCCG) in his appointments ”is full of inaccuracies”, adding that the Atlanta-based university teacher is just out ”to paint Osinbajo in bad light”.

Responding to Kperogi’s claim as published in Daily Trust, Akabueze stated that the VP was not the one who nominated him as the DG of the Budget Office.

He said it was in 2016 that the then Minister of National Planning, Budget & Finance, Senator Udoma Udo Udoma, told him that he was the one who had sought out Akabueze and nominated him as the DG Budget because of his expertise and experience.

”I am too busy to get involved in rejoinders, but I cannot let Kperogi get away with his falsehood”, Akabueze said.

‘Iit is evident that Kperogi was simply handed a script to which he attached his name and some of his flowery language by which he masquerades as an academic.”

Akabueze notes that the VP was not also instrumental to Okechukwu Enelamah’s appointment as Minister in 2015.

”Kperogi’s so-called list of the 80 people who work in PYO’s office is grossly outdated, as about half of them are no longer there while some of those who currently work there are not on the list. Jumoke Oduwole is not a member of the RCCG as Kperogi claims. Afolabi Imoukhuede is not a member of RCCG.”

”It is also noteworthy that each of these three gentlemen had served as MD/CEOs of Nigerian banks for over 10 years before PYO became VP in 2015. Kperogi has unwittingly diminished the credibility of his allegations with the powers that be who made these appointments, and who know exactly how they happened.

“These are the same people Kperogi is targeting in his attempt to paint Osinbajo in bad light. It is evident that Kperogi was simply handed a script to which he attached his name and some of his flowery language by which he masquerades as an academic, but is sadly just another ‘brown envelope’ motivated columnist.”