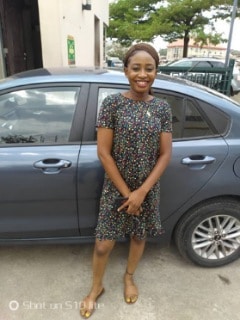 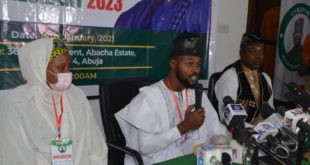 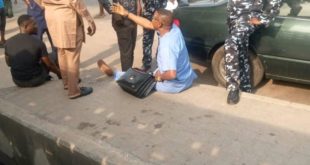 Unemployment is gradually becoming a thing of the mind as many are
embracing opportunities to get themselves engaged, instead of waiting for white-collar jobs. In this chat with MOSES JOHN, Oladipo Adesola Elizabeth, a graduate of Geography and Environmental Management, but now a bolt driver in the Federal Capital Territory, says ladies should do things to help
themselves.*

Have been doing this for two months now, though for now I have been lucky
not to have met any of these crazy customers that would bully me as a lady.
There are some that will ask for a date, I’ve expected that any way, but
the ladies, 90 per cent of them, are very friendly; they are
always surprised that I am a young female ‘taxify or bolt’ driver. Some
usually will ask for explanations on how to go about it either for their
sisters, friends or themselves; also men customers will ask for their
sisters or wives.

My responses are usually to tell them the truth, because this is my
sister’s car, and if I’m to be remitting money to someone else, may be the
owner of the car, it would be difficult, because that would be that I
had to work extra hours like at nights, because those who are remitting to
owners of the cars they are using pay about N100, 000:00, monthly. But for
me I just work for five or four hours daily for week days as well as
weekends to make up.

The number I use for this business is strictly for the purpose not my main
line; so when they ask for my number and some will asked if the number in
the app is my what’s app number, I will say yes. This is because I need to
speak nicely to my customers. Some of them will request for my number so
they can call me offline, for security reasons I don’t do offline
transactions, because it is safety first, you cannot monitor offline
transactions, that’s why I need to take precautions too in my own little
way, i want my movement to be traceable.

Not really, but I can’t say it is not profitable, the peaks hours are
usually at night that you get calls back to back from customers, but I do
not work at night, so I don’t really benefit from it, even on Mondays, I
don’t come out early, because my sister had to use the car to work, later I
will go to her office and pick up in the afternoon. It is okay actually,
because My first month I made about N95, 000, even though I fell sick for a
week when I started because it is really stressful, I took the week
off, and I still made that much. To an extent it is okay, the platform
provided free servicing for all the drivers, because they have partnership
with a mechanic workshop and all you need to do is just get your oil and it
is done with small amount of money.

No, though I studied Geography and Environmental Management, I graduated in
2017, completed my National Youth Service in 2018, I have tried to get a
job, but to no avail. Actually, my plan was not even to look for job or
anything like that, I wanted to start a restaurant, so while I was serving
I invested in one agricultural project, a friend had a business plan and
was looking for people to invest, with the option of either collecting your
profit monthly or putting it back in to the business, for more profit, so I
thought I can get it towards the end of my service year.

So, I agreed to roll over my profit, because then I thought if i collect
the money i might end up spending it. So, when it got closer to the end of
my service year, the owner of the business started making excuses that he
does not know what was happening, that the white men who were to buy his
produce are saying that it is substandard. So that disorganised my plans,
as I speak to you now, I have not even collected my main capital, let alone
profit. So that just shattered my whole plans and you know the way Nigeria
is now. I actually planned that I was not going to distributing my
curriculum vitae so I can be self employed after graduation, but that just
changed the whole calculation.

I waited a while and nothing was forth coming so my sister and i decided
that I would start distributing the CV for job, and so I applied at
Ministry of Environment, when I heard they were recruiting, but I was
disappointed when an official representing my zone was asking me out for
the job. That made to think outside the box, and I told myself I can give
this a trial may be after making money enough to start my business, I can
quit. But with the way things are going now is if I get a job, good, but
if I don’t , I would do this for one year, I hope to save enough money
from this business and start my restaurant business , so latest one year, I
should saved enough to start my restaurant business.

They should not wait for any white collar job or any man to give them
handouts; they should learn a skill and do something for themselves while
still distributing their CVs. I am actually, a fashion designer, I learnt
that before I got admission for tertiary education, but I don’t want to
invest in that for now, because what I have planned is bigger than that. I
don’t like to depend on anybody when I have my two hands and legs, why
wouldn’t I work?

Previous Afreximbank Is Committed To A Better Economy In Africa – Kone
Next Dialogue, Communication Between Employers And Employees Can Boost Workers Performance’ 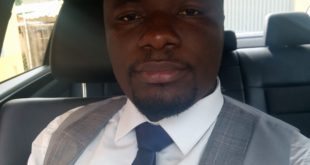