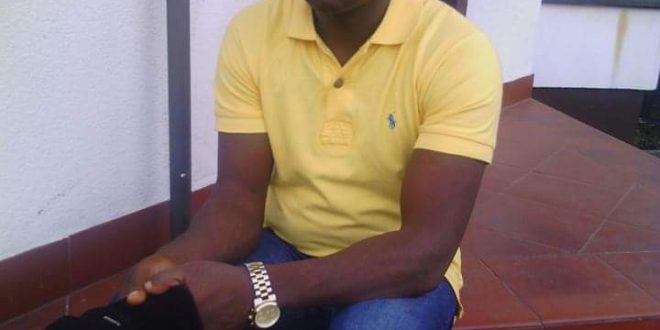 Andrew A.A 2 weeks ago News Comments Off on Lawmaker Urges Sule To Order Deployment Of Soldiers To Kokona 102 Views

The Minority Leader of the Nasarawa State House of Assembly, Hon Danladi Jatau has appealed to Governor Abdullahi Sule to order the deployment of Soldiers to Kokona west constituency of the State Assembly so as to tackle the farmers/herders crisis ravaging the area in recent time.

Jatua who is representing Kokona west in the House, while speaking with Journalists in Lafia on the security challenges Wednesday, said recent farmers/herders crisis in the area that left two injured is unfortunate.

The lawmaker, who is the chairman, House Committee on Public Complaints, Petitions and Security said the need for the deployment of soldiers to the area is apt considering the farming session and the quest for bumper harvest.

According to him peace is priceless and non negotiable, hence the need for farmers and herdsmen to see each other as brothers and sisters.

“I feel very sad about the security situation in my constituency. It’s disheartening hearing about the problem which happened in Bassa District of my constituency. It was alleged that a Fulani boy uses knife on a man leaving his intestine outside but currently receiving treatment at Federal Medical Centre (FMC), Keffi.

” And again this morning there was an allegation that a man at Bakin Ayini community in Kofan Gwari electoral ward had his hands cut off by fulani boys, what is happening in my Constituency is unfortunate and need urgent attention.

“I want to appeal to His Excellency, Gov. Abdullahi Sule to order the deployment of soldiers to my constituency, especially the affected communities in order to curtail the present security challenges facing the areas and other part of my constituency”.

The Lawmaker further applauded Gov. Abdullahi Sule for his efforts in addressing security challenges in the state.

“His Excellency, Gov. Abdullahi Sule deserves commendation over the steps he has taken to addressing the security challenges facing the state.

“The Governor recently met with President Muhammadu Buhari on the security situation in the state and the President approved the deployment of soldiers to the state.

He also commended security agents for being up and doing in curtailing the security challenges of the state while appealing to them to put more efforts in the protection of lives and properties of the people of the state.

The lawmaker has appealed to the affected persons and communities not to retaliate but to allow the law takes its course on the perpetrators of the devilish acts.

The Lawmaker further appealed to the leaders of both groups in the area to fish out the perpetrators of this acts in order to serve as deterrent to others.