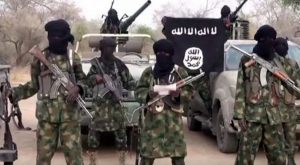 I am from the Eastern part of the country. I was posted to Kaduna in the 1990s for my NYSC. Immediately after my service year, I remained in Kaduna because I was already seeing some prospects. The town at the time was peaceful and the general cost of living  was very friendly. I got a job not long after service from were I started raising my family. As God could have it, I got a piece of land and built my house with some shops for my wife to do business. Life wasn’t bad though as I could afford to send my children to good if not some of the best schools around town. Life generally wasn’t bad chiefly because of the bond I shared with my family. Things however took a different dimension in 2015 when I was transferred to our Abuja head  office. It was indeed a moment of mix reactions as I did not want to leave a greater part of me  and also couple with the fact that my first child just got admission into Ahmadu Bello University, Zaria. For the sake of our stomach infrastructure, I was working in Abuja but spends all my weekends in KD as is fondly called. In one of such weekends, my child graduated from the university so we organized an indoor dinner in her honour. The next day, I called my friend who also live in Kaduna but works in Abuja to know our departure time because I didn’t come with my car. We agreed on when we shall be taking off as usual but little did we know that a spanner was to be thrown into our wheels. Almost an hour after embarking on this supposed smooth journey, a lone car on excess speed over took us as if going to hell. My friend stagard with his steering like a drunk on some liquor. Before we could say Jack, the overtaker parked in front of us bomber to bomber. About three young men ages 22-26 came down in a commando style and ordered us to join their car. Myself and friend where driven to a distance before our captors stopped. They threw my friend out of the car mistaking him for my driver. There and then I knew my journey into the wilderness has just begun. They drove me to a certain location where their collaborators anxiously awaited us on bikes. Two members of the gang followed us with the bikes while the driver and his other gang members drove off in search of other preys. After about two hours on the dusty road, they parked and used different sets of bikes to avoid any traces. This second road was not only bushy and lonely but more so terrifying. When we got to where bikes could not longer  ply, we started walking on foot but  not without enough beating as all of them were using me as both a punching back and for some comic relief. After walking for over ten hours on foot, I wished death had taken my life, I wished I was never born a Nigerian, I wished we could reverse to the law of an eye for an eye so I could take my   pan of flesh from these marauders, but these and many were already beyond me  as I was gasping for air. After all these tortures, we eventually got to their den of no mercy. Their  camp was divided into two were you have the VIP and the regular sections. The VIP is for those whose families are cooperating. In this section, ur torture is less, they make provision for prisoners ration while the regulars are made to see death and Lucifer if any. I was both physically, mentally, psychologically and spiritually sick. I spent my long hours thinking of which property to sale because I did not have the money neither do I want to die like those at the regular section. My life became worthless yet the kidnappers cared less because they are a people of no religion. They never brushed, bath nor eat apart from smoking anything smokable and drinking sprite. Ask how they get supplies? One of these afternoon in my lonely state, I heard gunshots which was a celebration for the arrival of their new guns, I recalled how I celebrated my child graduation on a low key and yet people who can’t write their names are celebrating gun purchase. Instinctively I knew they had leaders in the urban areas who sponsors their illicit activities . Then I pondered what the future holds. When my captors eventually contacted my family, I told my wife to sale anything and everything just to secure my freedom. I learnt the government pledged to ensure our release, but I did not want to take chances as in this country, the more you look, the less you see. Today, I have regained my freedom, but many are still In incarceration with untimely deaths lurking over them. You may be free today but others are not, you may never have been kidnapped before but kidnappers are real with very excruciating memories  that  lingers forever. I leave you with these words, if you see something, say something. Above all, Government please do  something before something will do us

Previous The Task Before Ayade
Next Prof. Zana Akpagu, Setting The Pace

Otimpor, a vibrant young man from Boki, was birthed futuristically derailed. He lost his father …

Every great nation of the world, considers education as it bed rock. In Nigeria as …