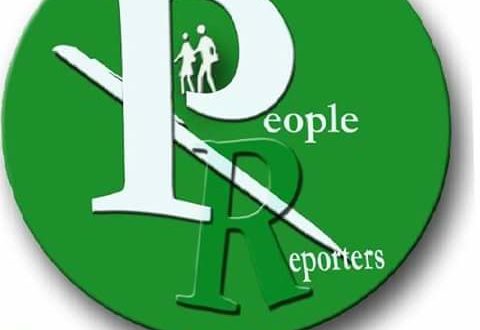 Nasarawa State Governor, Engr. Abdullahi Sule has called on former public office holders to as matter of necessity to return public assets stollen while in service of the state, saying that the state was going to go after them accordingly.

Abdullahi Sule who stated this thursday while addressing a group, Coalition of Unions Against Corruption in Lafia, said for the present government should get it right, leaders must be checkmated to ensure eqaul distribution of resources.

The Governor called on Nigerians to have the courage to confront past and present leaders whose wealth is questionable, adding that until Nigerians keeps asking questions of the source of their wealth, we will not get it right.

Members of the group who embark on a rally in support of the fight against corruption and assets recovery in the state and country at large, was in commemoration of the AU Conversation prevention and Combating Corruption in Africa, with the theme; Towards a common African position on asset recovery.

The governor who was represented by his deputy Dr. Emmanuel Agwadu Akabe, said the present administration under the watch of Abdullahi Sule has a zero tolerance to corruption hence to support the fight for president Buhari to achieve it at the center.

He said, ” Those who stolen our money and assets should bring them back before we go after them”.

“The present governor Abdullahi Sule, has a zero tolerance to corruption, since the past few months, he assumed office, we have met together and I noticed he is a man that dose take What belong to him and he doesn’t want.

“what he has been trying to do since when he came on board was to see how to cut down excess of governance so that he can development the state”.

“Issues of corruption is an issues that all us will turn our mind to agree to fight it, we should not look at corruption only in the monetary aspect alone, but it goes beyond money, ” the deputy governor said.

The governor emphasized to go after robbers of public funds and assets, called on present leaders at all levels of governance to be selfless, honourable, God-fearing to bring back the monies or properties.

He observed that Nigeria is not poor country, saying that if only the funds and assets of the country will be put to use for the purposes it was meant for, it will better than other developed our countries of the world.

Earlier, the chairman of the group Mariyam Ibrahim Osuza, said the coalition of the unions is a synergy of like minds from across several associations and pressure group with the sole objective to mobilized support for the fight against corruption.

She explained that there was no gain saying the fact that corruption which has assumed the status of a cankerworm has eaten deep into the fabric of our society, that corruption is doing a lot of damage to the country.

Hajiya Mariyam however noted that the efforts of the Economic and Financial Crimes Commission (EFCC ) under Ibrahim Magu, over the years has resolved to mitigate the anomaly, as recorded in the numerous successes that has continued to give hope of a sustained campaign of the fight in the country.