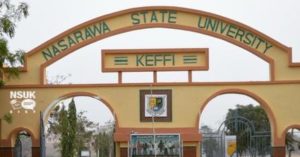 The Nassarawa State University Keffi,  on Friday organizes public lecture in solidarity for western Saharawi who have been under the claws of Morocco for sometime now. Speaking during his opening remarks, the vice Chancellor of the University, Prof Suleiman Bala Muhammed, thanked the organizers for finding his institution worthy to host such an epic event. He assured everyone of his readiness to liberate Western Saharawi as a students wing for the movement is formed.

According to Prof Dikpo Fasina, Co-ordinator of the movement in Nigeria, the issue of western Saharawi is that of decolonization. He said, “the Saharawi people have never agreed to be part of Morocco”. He used the opportunity to plead with  the international community to forcefully withdraw Morocco from illegal occupation of Western Saharawi.

Chairman of the occasion, Prof Nasir Isah Fagge pointed out that the plights of the Saharawi people is excruciating for both the internally displaced persons and those in their homes. He assured western Saharawi of the commitment of ASUU in ensuring their liberation.

Speaking on behalf of the Nigerian Labour Congress, deputy National Secretary of the Union, Ismail Bello reiterates the determination of the union for the emancipation of Western Saharwi. He said the union will continue to do the needful in ensuring that illegal trades from Morocco in the form of stolen phosphates and fishes from Saharawi is brought to an end.

Earlier on, Prof Bayo Okunlade, the guest lecturer stated that it is most unfortunate that Africans are colonizing Africans. The academia said the position of Morocco was a deliberate attempt to explore the natural resources of Saharawi and futher polarize them. He advised Saharawi to focus more on political autonomy as every other thing will fall into place soonest. He warned Saharawi to be mindful of who they cry to for help as some of their confidant are hugely benefiting from Morocco’s ‘illegalities’.

Prof Nuhu Yaqub who also spoke at the event, frawned at African leaders for admitting Sahrawi into the African Union yet being colonized by Morocco. He condemned the mass killings and amputation of Sahrawis from mines planted by Moroccans.

Mr Gillen Devers, lawyer of the Saharawis in Europe, told the public that judgement by the European court in favour of Western Saharawi symbolized justice for humanity.

Mr Oubi Bachir,Head of the Saharawi mission to France thanked Nassarawa State university for the show of love. He further gave some facts to support the course of Saharawis. According to him,  western Saharawi is the last colony in Africa, Morocco has no sovereignty over Saharawi, the movement that is duly recognized for the liberation of Saharawis is the one led by Paul Siros, that western Saharawi is full fledged part of the African Union, that self determination is the key issue on the status of the territory, and that exploration of natural resources of western Saharawi by Morocco is illegal.

At the end of the lecture, a communiquay was reached with the following recommendations:

Illegal occupation of western Saharawi by Morocco is condemned, continue legal struggles of Saharawi in both Europe and Africa should be sustained. More so,  that it is double standard for western Saharawi to be a part of Africa Union yet being occupied by Morocco. The communiquay condemned in strong terms killings and exploration of resources of the Saharawis, calling on the federal government of Nigeria to cut off every trade on phosphates from Morocco. In addition, the government should be more decisive in giving support to the liberation of western Saharawi.

Recall that Western Saharawi, formerly colonized by Spain have been on a legal dwell as to their autonomy status from Morocco.

It is hoped that all parties involved will tore the line of peace so as to make Africa greater.