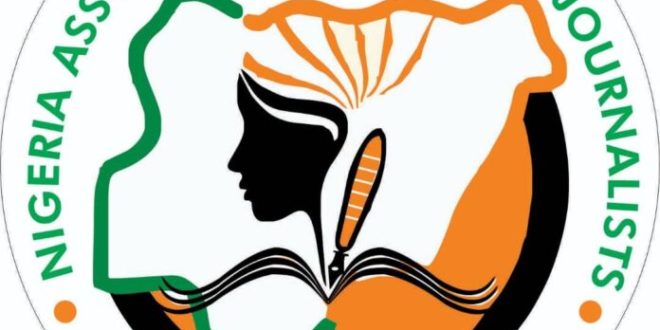 The Nigeria Union of Women Journalists (NAWOJ) FCT Chapter has condemned the partisan posture of the Independent National Electoral Commission (INEC) for shifting the date for submission of the list of candidates after insisting that the timetable cannot be shifted.

According to a communique issued at the end of her congress jointly signed by the chairperson made Annah Daniel and assistant secretary Comrade Gloria Josiah, the female journalists expressed concern that such a move would give an undue advantage to the ruling APC over others.

NAWOJ also lamented over the allegations of inducement of delegates and urged the Commission to live up to its responsibilities to Nigerians by ensuring that politics is not monetised by ensuring aspirants conform to stipulated spending for their various positions.

The communique reads “Congress in session applauded Nigerian women for participating especially in the primary elections, even as the women journalists commended the increased number of women who have emerged as their party flag bearers.

NAWOJ FCT, while commending g all Nigerian women who dared to contest for elective offices, congratulated especially those who won in the primary elections.

“The women journalists called the attention of the Independent National Electoral Commission (INEC) on allegations of inducement of delegates and urged the Commission to live up to its responsibilities to Nigerians by ensuring that politics is not monetised by ensuring aspirants conform to stipulated spending for their various positions.

“NAWOJ FCT Chapter also condemned in strong terms the seeming partisan move by the electoral umpire by shifting the date for submission of list of candidates thereby giving the ruling party an undue advantage over other parties.

“The Association, while felicitating with the Nigeria child on the occasion of the Children’s Day, raised concern about the poor state of the Nigerian child which rising further deteriorating the falling standard of education compounded by perennial industrial action by the Academic Staff Union of Universities (ASUU).

“Congress in session decried the fact that the youth, who have been left idle may have turned to crime leading to rising in rape, kidnapping petty theft and other violent crimes.

“The women journalists maintained that the 2003 Child Rights Act, which is yet to be domesticated in some states, also the recent family court that has been established in 16 states of the nation by the ministry of women affairs, so u es the public and the media to monitor the implementation more especially where it concerns the women and children and also the government to help enforce this right other states that are yet to domesticate this right”

“On the issue of security, NAWOJ lamented over the state of insecurity in the country, citing the Abuja-Kaduna train attack which happened over two months ago, with the victims including women and children, yet to be rescued, even as the terrorists have threatened to kill them if their demands are not met.

They called on the Federal Government to live up to its Constitutional duty of protecting lives and property of its citizens”.