NEW MEDIA: A VISTA FOR JOURNALISM PRACTICE IN NIGERIA

PR-admin June 17, 2018 Education Comments Off on NEW MEDIA: A VISTA FOR JOURNALISM PRACTICE IN NIGERIA 412 Views 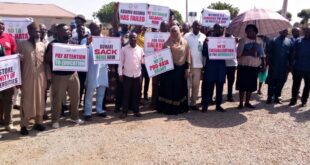 The way in which news is conceptualized, gathered, produced, disseminated, or consumed is taking a new dimension due to the emergence of new communication technologies. The new media technologies, such as the mobile phone enables journalists to gather news from every nook and cranny of the globe, and send text messages to their newsrooms with relative ease. Others demonstrate how the internet provides media personnel with unlimited access to information on any subject, and how email, newsgroups allow journalists to tap into the collective brain, wit, and wisdom of thousands of knowledgeable journalists and non-journalists. The new technologies have offered new opportunities to journalistic practices and modes of news production. The citizen journalism project, “pro-am” (Professional-amateur) actors and crowdsourcing have become sources of information and home to a wealth of independent media, alternatively, the mainstream media.
READ

Institutional media, no longer have an exclusive claim to the means of journalistic production. While the field has sort to maintain its gatekeeping role, this is changing. Many within journalism itself acknowledge that the arrival of the digital age has initiated a fundamental shift within journalism and are preoccupied with predicting the form of this new journalistic culture will take.

However, one key factor in understanding the new culture is to recognize that old notions of one to many mass media communications have to give away to a many-to-many media environment. The letters to the editor page, use to be the only outlet for audience participation, have been replaced by interactive spaces on the internet and related social media sites such as Twitter and YouTube. The cost of technological tools such as phones and cameras is decreasing at the same time as global internet access is increasing. The traditional lines between professional journalism and what is often termed participatory (Citizen) journalism or grassroots media are becoming increasingly blurred as more journalist operates blogs and author accounts among non-journalists bloggers and Twitterati becomes increasingly professional in their news reporting and commentary.
READ

Journalism’s ethical norms differentiate it from social commentary where advocacy and activism are to be expected, but the increasing use of the interactive social media is creating a shift to partisan journalism with more journalist beginning to express personal opinions in their reports which are opposed to the ethical codes of objectivity in news reporting.

Today, the barriers between author and audience are dissipating and challenging journalists by allowing them to see the direct impact of their works: whether the audience is interested and even more so, what the audience thinks. Journalists explore various sites on regular bases to monitor what citizen journalists and newsmakers post on their twitters, Facebook, YouTube, Linkedin, blogs, etc. the modern journalist today will need to make use of these new tools so as to gather information, produce material and get their audiences to engage in new ways. Social media breaks geographical boundaries or distance and get instantaneous answers to questions. Social media is adding a whole new layer to the newsgathering process. They now have immediate access to a wealth of new material and a diverse range of voices from across the globe. Social media have become a journalistic lexicon and it seems sourcing information has overtaken self-promotion as a primarily social activity.
Therefore, for any journalist to survive in this modern and highly sophisticated era, embracing technological inventions such as the social media is very fundamental. In line with Marshal McLuhan’s technological determinism postulation, advances in technology are no doubt redefining the order of things in the society including the practice of journalism.
Finally, it is imperative for the Nigerian ministry of communication and other related bodies to join forces with the internet providing agencies to bring about better and formidable internet connectivity in Nigeria.
READ

The Power Of Storytelling

Previous BROKEN PROMISE MADE ME TO KILL MY NAVAL OFFICER BOSS, GIRLFRIEND – HOUSEBOY
Next No emergency responses in Nigeria, NEMA Staff cry out. 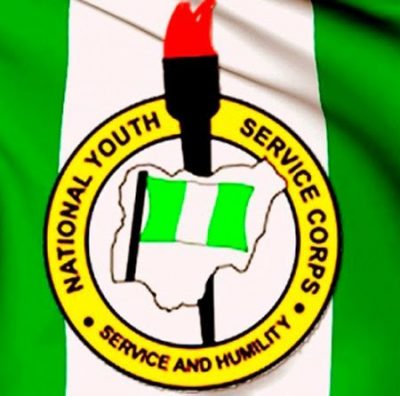 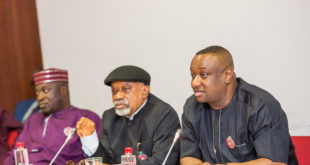